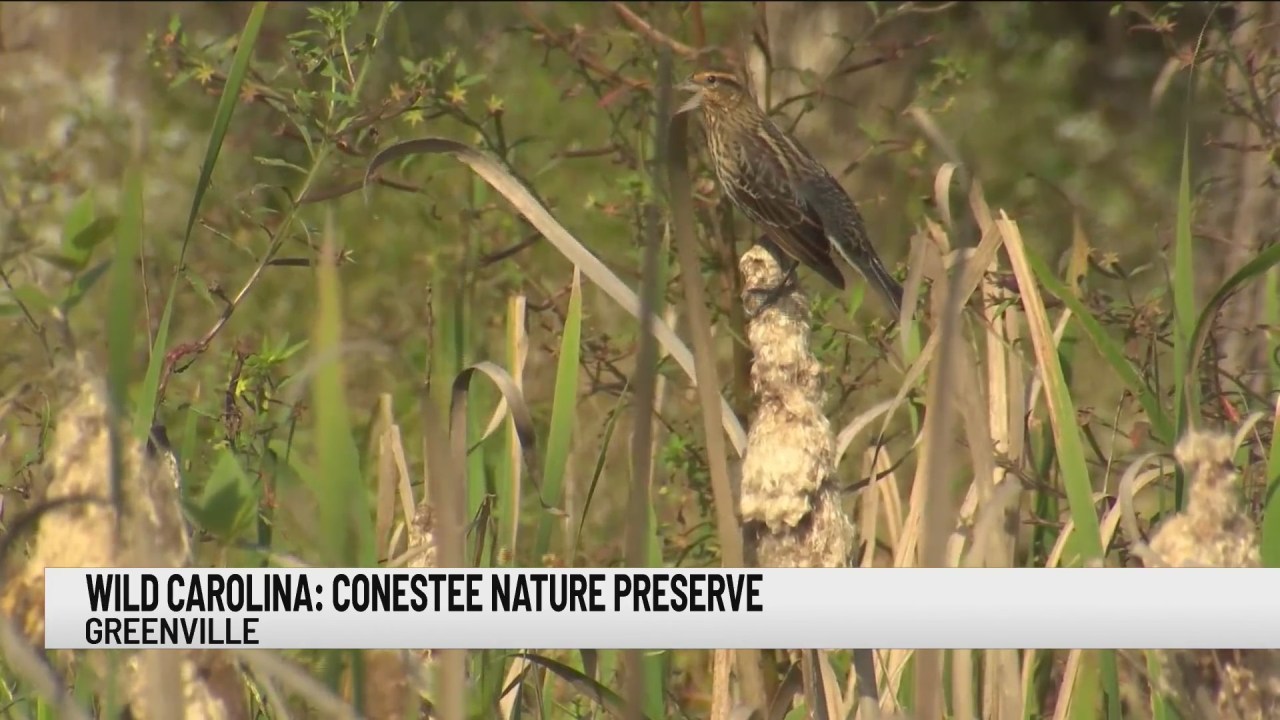 GREENVILLE, SC (WSPA) – This is the closest and most convenient outlet to the natural world for residents of Greater Greenville.

In fact, you could call it an island of nature surrounded by airstrips and shopping malls.

Welcome to the Conestee Nature Reserve.

Where one can walk on the many boardwalks, one of the unique features of Conestee.

â€œThey put you directly in touch with nature in a way that you can’t really get a lot of other places,â€ said director Michael Corley.

The walks are part of 13 miles of trails that wind through more than 400 acres in this non-profit nature reserve located just 5 miles south of downtown Greenville, near Mauldin Road.

â€œWe have the Reedy River going through here. We have acres and acres of wetlands and floodplains and because of all that water it really brings in abundant wildlife, â€Corley explained.

Turtles are in abundance, 13 species of frogs, beavers may not be seen during the day as they are nocturnal but their dams are in sight.

There is also a healthy population of deer, but what this place is really known for is its birds.

It is a renowned destination for bird watching.

â€œOver 230 species of birds have been spotted here,â€ Corley said.

From January until spring, a colony of blue heron can be seen.

Five to ten nests are populated by giant birds four feet tall, laying their eggs and raising their young.

â€œIt’s really an amazing sight where there are these two or three giant birds hanging out in these nests above the water and it’s a really nifty experience,â€ said Corley.

It is the concentration of wetlands and high quality water that really brings out the wildlife.

You can find spring pools throughout the park where on a warm winter evening, usually in February, you might spot a flock of salamanders during mating season.

â€œYou could come here at different times of the year and have a completely different experience,â€ Corley said.

These are experiences that have not always been possible.

Decades ago, when there were no environmental laws, the area was known as “Co-nasty”.

It was an area behind the former Greenville Braves stadium which was a dumping ground for mills and other manufacturing plants.

Today it is subject to a conservation easement and the property is permanently protected from development.

It really is a story in re-birth.

“It’s now a place where you can see wildlife thrive and show no ill effects from that old story of what was called ‘Co-nasty’,” Corley said.

In its place is an incredible set of ecosystems that support the wildlife within city limits and, in essence, also support families.

â€œWhat really speaks to me is how many families you see here with their phones, totally disconnected from electronics and all the other distractions that we have to deal with today, and watching, seeing turtles, seeing birds, spotting things and talking and engaging with each other. It’s just such a present part of Conestee, “Corley said.

All the walks make Conestee an open-air place accessible to people with reduced mobility.

The park is open from dusk until dawn. For more information, including ways to become a Conestee “friend”, click here.