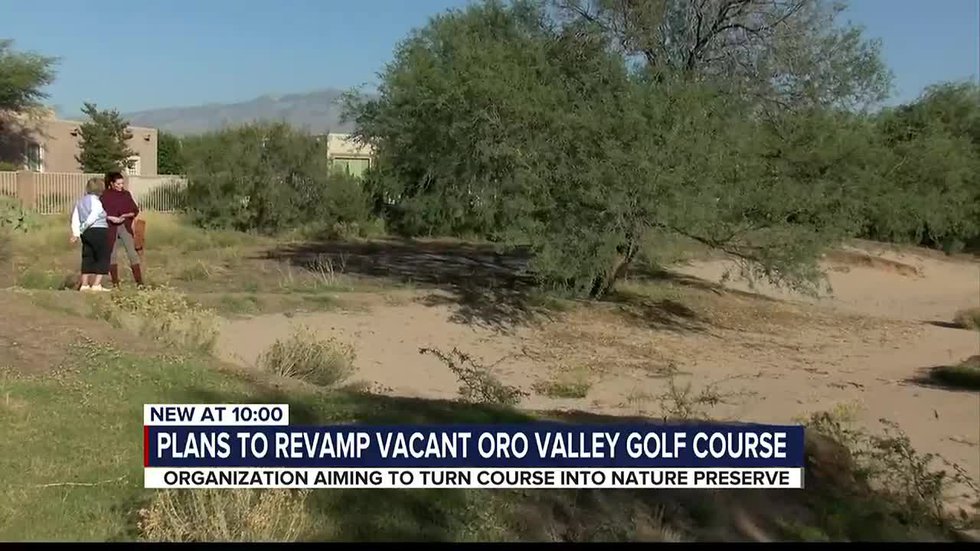 TUCSON, Ariz. (KOLD News 13) – Preserve Vistoso announced on Wednesday the planned purchase of the former Rancho Vistoso golf course. The non-profit organization was founded by residents of the Oro Valley interested in turning the 200-acre property into a nature reserve and trail system.

â€œAs a community group we have decided to organize ‘Preserve Vistoso’ to have our say in what happens to the property,â€ said Patricia Sturmon, member of the board of directors of the conservation group. â€œIt’s a great story of the community that speaks to the city council, especially the mayor and the vice-mayor. We let them know what we wanted and they stepped up to help us!

The Vistoso Golf Course opened in 1995 as a ‘desert course’ meaning that over 70% of the property has been preserved as natural habitat. Romspen Investment Corporation, a non-bank lender, took possession of the land in 2015 when IRI Golf Group defaulted on its mortgage. Sturmon says attempts to sell the golf course failed and it closed in 2018.

When residents learned of Romspen’s request for rezoning and the potential development of dozens of homes, they formed Preserve Vistoso in 2019. The group is made up of nearly 2,000 members.

â€œOur community would not give up,â€ said Gayle Mateer, President of Preserve Vistoso. â€œOur volunteers have consistently raised the issue of property preservation with City Council members and city management. Membership in Preserve Vistoso has grown as more community members have supported our efforts to preserve property for community use. [The Conservation Fund] has been our valued and trusted partner. We also applaud the involvement of Oro Valley Mayor Joe Winfield, Deputy Mayor Melanie Barrett, members of city council, the city attorney and city manager in negotiations for the purchase. Their support and direction has been essential to our success.

Romspen signed an agreement for the Conservation Fund (TCF) to buy the property.

â€œThe Conservation Fund is a very well known national organization,â€ said Sturmon. â€œThey came to us and said, ‘We want you to raise $ 1.8 million by the end of December. We had a very successful fundraising campaign last year, and we expect the community to grow again.

Sturmon says the old Vistoso clubhouse and the surrounding six acres of land will be sold separately to the developers.

“[We are saving] 202 acres of some of the last remaining parcels of the Sonoran Desert in the Oro Valley, â€she said. “It will be open to our whole community to come and take a walk in the park, if you like.”

Sturmon says six miles of paved trails and three toilets will remain, the rest will be sent back to the wilderness.

Sturmon says the non-profit organization plans to eventually cede the nature reserve to the town of Oro Valley.

News from KOLD 13 contacted Romspen Investment Corporation for comment. We are awaiting a return.

On Wednesday evening, a spokesperson for Oro Valley released the following statement:

â€œFor more than a year, the Oro Valley City Council has been engaged in actions and negotiations aimed at preserving the old Vistoso golf course as a space open to the public, and they have held to numerous executive sessions on this subject. Under state law, city council discussions in executive session are privileged and may not be disclosed publicly; however, on September 8, Council voted publicly to ask staff to enter into a settlement agreement with Romspen that will facilitate the Conservation Fund’s purchase of the former Cours Vistoso property. The City is aware of and acknowledges the efforts of the Conservation Fund to raise the funds necessary to consummate the purchase of 202 acres of the property.