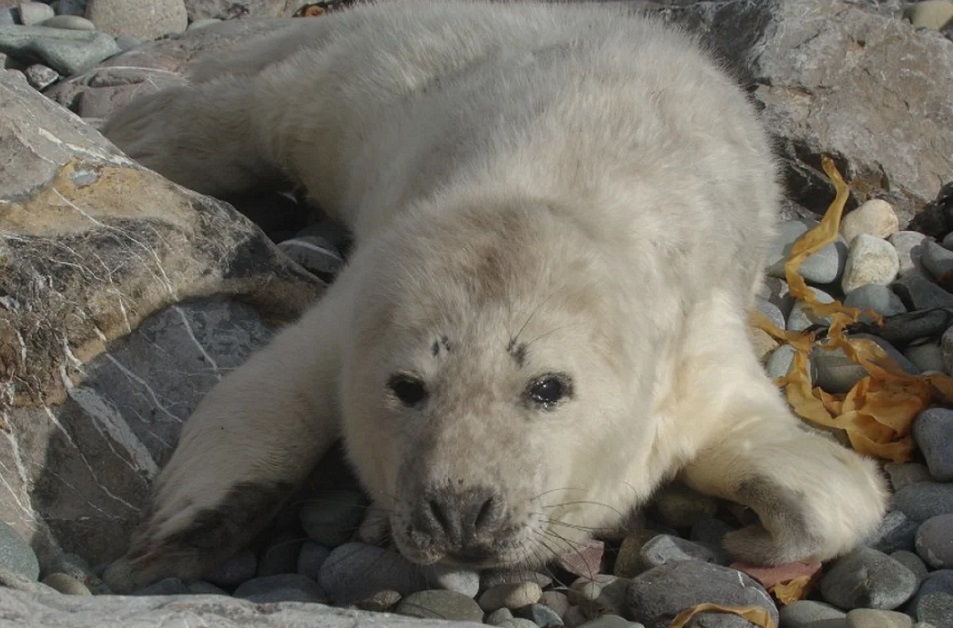 The National Trust Cymru has closed popular West Wales attraction the Blue Lagoon to the public ahead of schedule due to the early arrival of breeding gray seals.

Each year, the former slate quarry of Abereiddi, famous for having previously hosted rounds of the Red Bull Cliff Diving series, closes to the public from late September to November.

Recent years have seen increasing numbers of the gray seal population breeding in and around the lagoon.

This, combined with the high number of visitors to the Blue Lagoon and its sheltered nature, which makes it so attractive to seals, creates a situation where there is a high potential for disturbance to seals.

The time seals spend resting on land is vital to their health and that of their young, as they digest a recent meal, socialize and feed their young.

In order to provide them with a safe environment to raise their puppies, the National Trust Cymru has closed the Blue Lagoon to visitors until November 5.

Reopening is subject to seal farming activity at that time.

“There are two species of seals that can be found in Britain; harbor seal and gray seal. Only gray seals are a regular occurrence in Pembrokeshire, where they are present all year round,” said Mark Underhill, National Trust Cymru’s campaign manager for Pembrokeshire.

“Around half of the world’s population of gray seals breed on our coastline and the total number in West Wales, mainly Pembrokeshire, is estimated to be around 5,000, with some 1,400 pups born each year.

“The breeding season is vital for our seal colonies here in Pembrokeshire, and we ask visitors not to enter the Blue Lagoon and to follow the guidelines set out by the Seal Alliance and the Pembrokeshire Marine Code when on the coastal path.”

Activity providers who have signed the National Trust Coasteering Agreement and undergone specific training on how to operate around seals will still have access to the lagoon with groups of visitors who have booked in advance.

To avoid disturbing seals, the National Trust Cymru recommends following the Pembrokeshire Marine Code: stay quiet, keep your distance and at least 50m from seals and never get between a seal and its pup, or a seal and the sea and do not take dogs. near a seal breeding area.

If a seal is spotted in distress or alone, never approach the pup. Seals are often left alone on the beach and distress can be caused by contact with people.