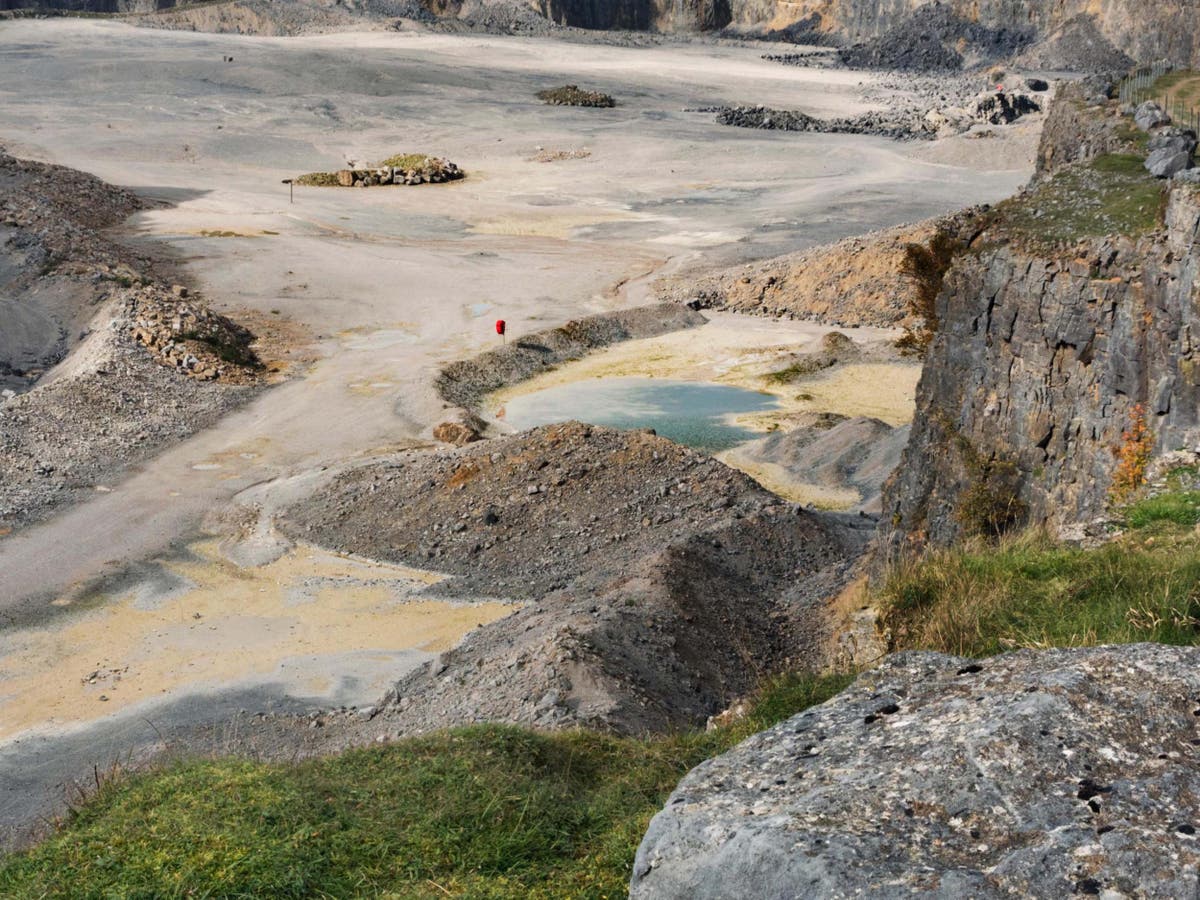 With its turquoise waters lapping on pebble shores and surrounded by lush greenery, it is a lake that looks like paradise.

In fact, this is a disused North Yorkshire quarry – and the vivid blue lagoon is so colorful as it is covered in calcite from the surrounding limestone.

Now the site’s owners, Threshfield Quarry near Grassington, are on the verge of blowing it up – as hundreds of revelers continue to descend on the apparent idyll for the Ibiza-style parties.

Things came to a head after about 1,500 young people gathered there for an illegal lockdown rave at the end of the May holiday.

The revelers, who are said to have come from all over the north and were drawn to Instagram photos, have left the area littered with cans of beer, drug paraphilia and sanitary products, residents report.

Sound systems had been put in place. Several people were swimming in the water. Some are said to have been stoned from the steep walls of the lake – a particularly dangerous practice as the waters of the quarry are notoriously cold.

After police moved them and temporarily closed the area, Tarmac owners now say they will shut the site down to the public for good.

The company had previously allowed the quarry, closed in 2000, to become a makeshift natural area while its future use was considered.

He has now drained the water and will now make a formal request to North Yorkshire County Council to blow up the sides this week.

A company spokesperson said: â€œAlthough it is located near a trail, the lake itself is on private land and it is extremely important that people be aware of the many dangers posed by the deviation of public rights of way on the site.

â€œThreshfield Lake, like all quarry lakes, is not designed for people to swim in all the time. Quarry water may sound appealing, but it is extremely cold with hidden dangers and risks that can include cold water shock and drowning.

â€œWe hope that the work in progress will allow the site to be used responsibly as initially planned in the not too distant future. “

This is not the first disused quarry where tropical-colored waters have attracted visitors and swimmers.

At a similar site in Harpur Hill in Derbyshire, the bright blue lake is regularly dyed black to deter impromptu bathers unaware of the dangers. Signs warn that the water has a pH similar to bleach.