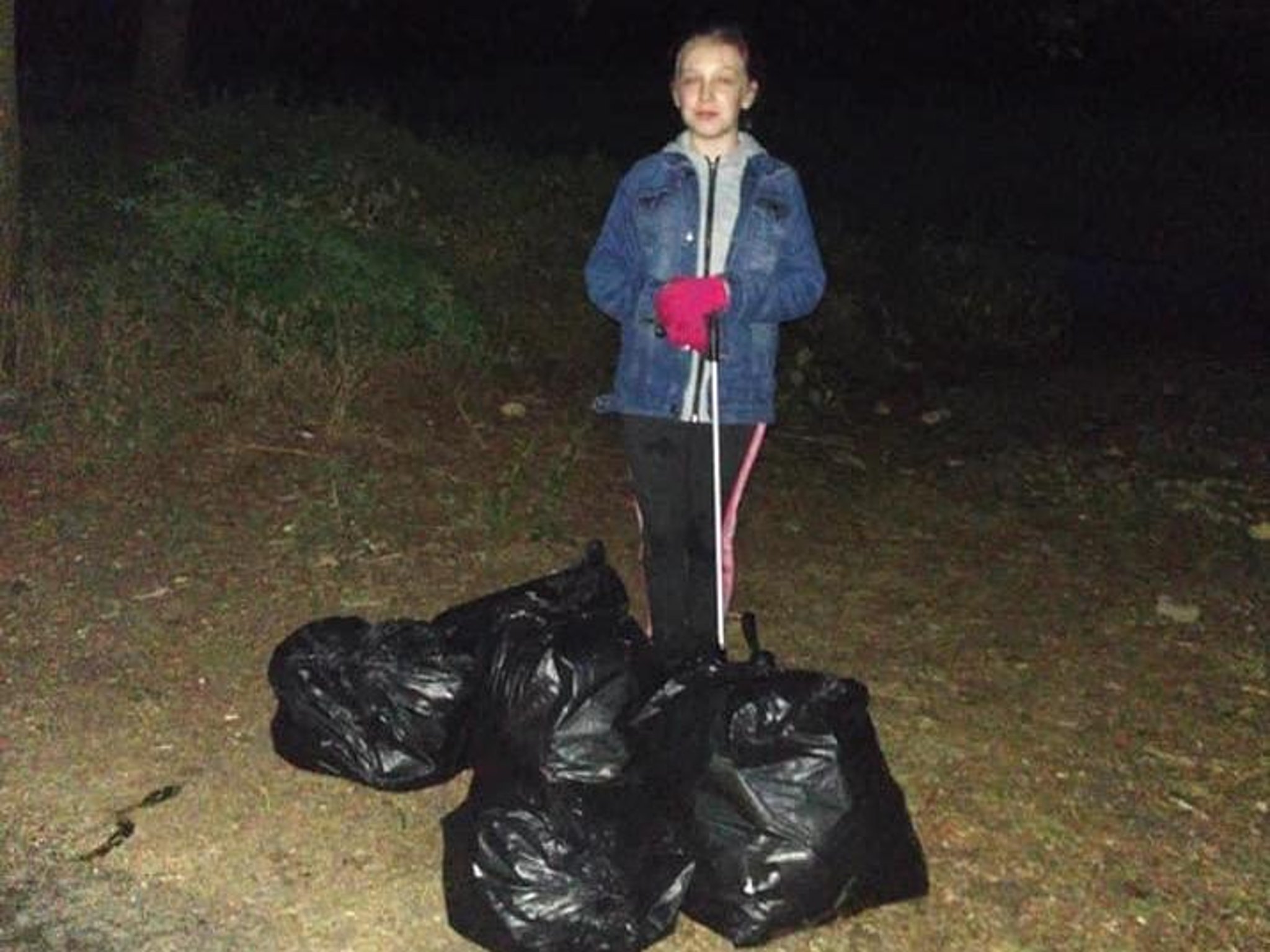 Charlie Upton, of Lakes Estate, contacted The Citizen after his niece, Kimi, spent two nights last week cleaning up the trash left at the Blue Lagoon.

Twelve-year-old Kimi and her mother, Samantha, decided to pick up trash in the area after noticing that a lot of trash was left behind.

Charlie said: â€œThey went there regularly during the lockdown for their daily exercise.

Kimi picked up six bags of trash on Wednesday, then the same amount on Thursday

“I think it’s great that Kimi wants to do this, she’s 12 years old and she deserves to be recognized for what she’s done.

“I believe in a world so uncertain and selfish that it is such a positive thing.”

Kimi picked up six bags of trash on Wednesday, then the same amount on Thursday

Kimi’s mother Samantha Jones said: â€œWe have noticed how much has deteriorated since the warmer weather.

â€œContainment has allowed nature to thrive, and then people mess it up by not taking their waste with them.

â€œWhat’s most horrible is that people throw cans and glass and plastic bags in the lakes, there are swans and geese and ducks in there.

â€œMy daughter loves the outdoors and wildlife and really enjoyed walking here on her walks. At the start of the lockdown, we also saw quite a few deer here, but now they appear to be gone as well.

“I think the area needs more bins, so people can put their garbage in there and not just leave it on the floor, but people should take their garbage with them if they don’t see any bins!”