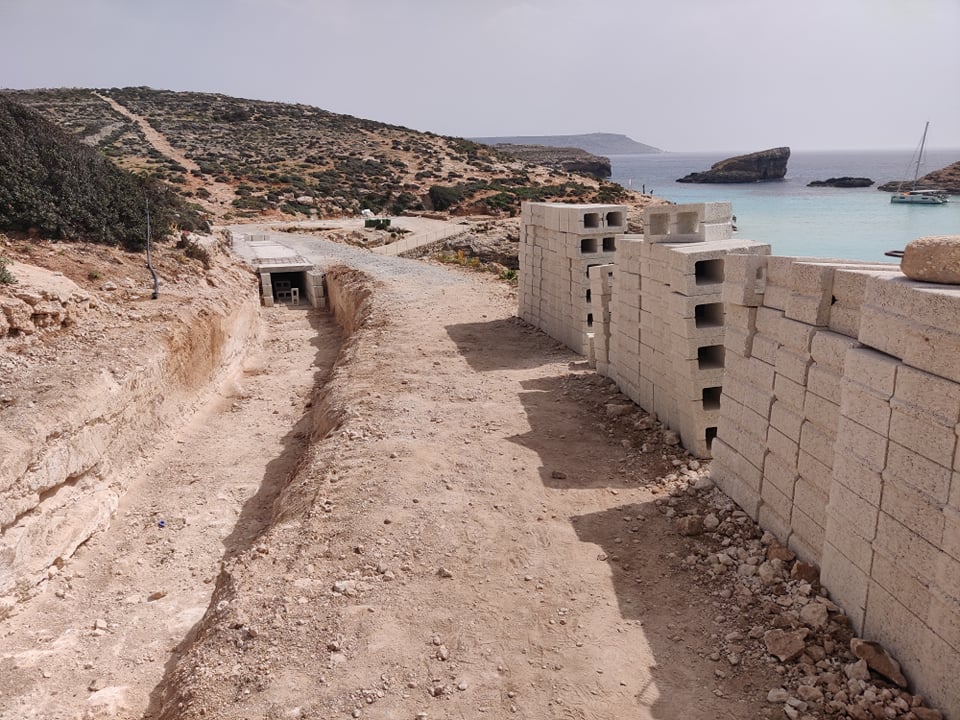 Photos: “Illegal work at Blue Lagoon”; ERA defends the decision to authorize the resumption of work

Friends on the Earth Malta took to Facebook to criticize the Environment and Resources Authority (ERA) for “approving illegal work at Blue Lagoon on the grounds that the damage is already done”. However, ERA has issued a statement to clarify that the demand that has been determined by the council regarding the works at Blue Lagoon in Comino is subject to mitigation measures, as well as a plan to restore the affected area. by the work already carried out.

The work on Comino was first reported by independent candidate Arnold Cassola, who described it as “the destruction of the Blue Lagoon with infrastructure work to build hamburger and granita kiosks.” The work was eventually stopped by the Environment Resources Authority due to damage to the surrounding area.

Comino road works are only carried out on existing structures, according to Gozo ministry 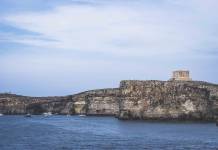 The environmental NGO said ERA approved the “illegal works” at Blue Lagoon on the basis that the damage is already being done and “there is not much to do on their side.”

He said the permit for this was suspended by the Gozo ministry itself once he realized that a permit would not be issued.

He went on to say that ERA, the entity responsible for nature conservation in Malta, “is essentially acting as a buffer for the illegal work of the Gozo Ministry in this specific case”.

The NGO added that ERA is doing an about-face towards money, power and corruption. He concluded by saying that allowing such environmental crimes was a sign of “the onslaught facing Malta’s remaining open spaces”.

“Work is continuing because mitigation measures are in place; there is also a restoration plan for the work already carried out ”- ERA

ERA issued a statement clarifying that the proposed work is continuing as there are mitigation measures to limit environmental damage and continue work in a manner that does not infringe on the natural integrity of the area. “The existing crossing was part of the established network of crossings on Comino,” he said. In addition, it imposed a specific permit condition to restore the area that had been impacted by the work carried out so far.

He said the demand that was determined by the Board of Directors regarding the work at the Blue Lagoon in Comino was received as a result of the actions taken by ERA. The work that was being undertaken was in violation of an authorization issued by the ERA.

However, ERA’s decision was taken on the grounds that the proposed continuation of work included mitigation measures to limit environmental damage and continue work in a manner that does not infringe on the natural integrity of the area. zoned. “The existing crossing was part of the established network of crossings on Comino,” he said.

ERA went on to say that it was imposing a specific permit condition to provide a restoration plan for the repair work on the area that has been affected by the work done so far and before the environmental permit was issued. This restoration plan aims to restore the impacted area to its previous natural state and must be submitted within one month. Permit conditions have also been included, so that this work is closely monitored by an ecological monitor. This will be nominated by the applicant and approved by the ERA. Additional conditions include the hoarding and installation of dust containment measures both on land and at sea.

“The permit will allow the started work to continue in a way that takes into account the importance of the site and will include the necessary mitigation measures on any residual environmental impact,” ERA said.

If you want to be the first to receive the latest news from Malta, download the Newsbook app here.