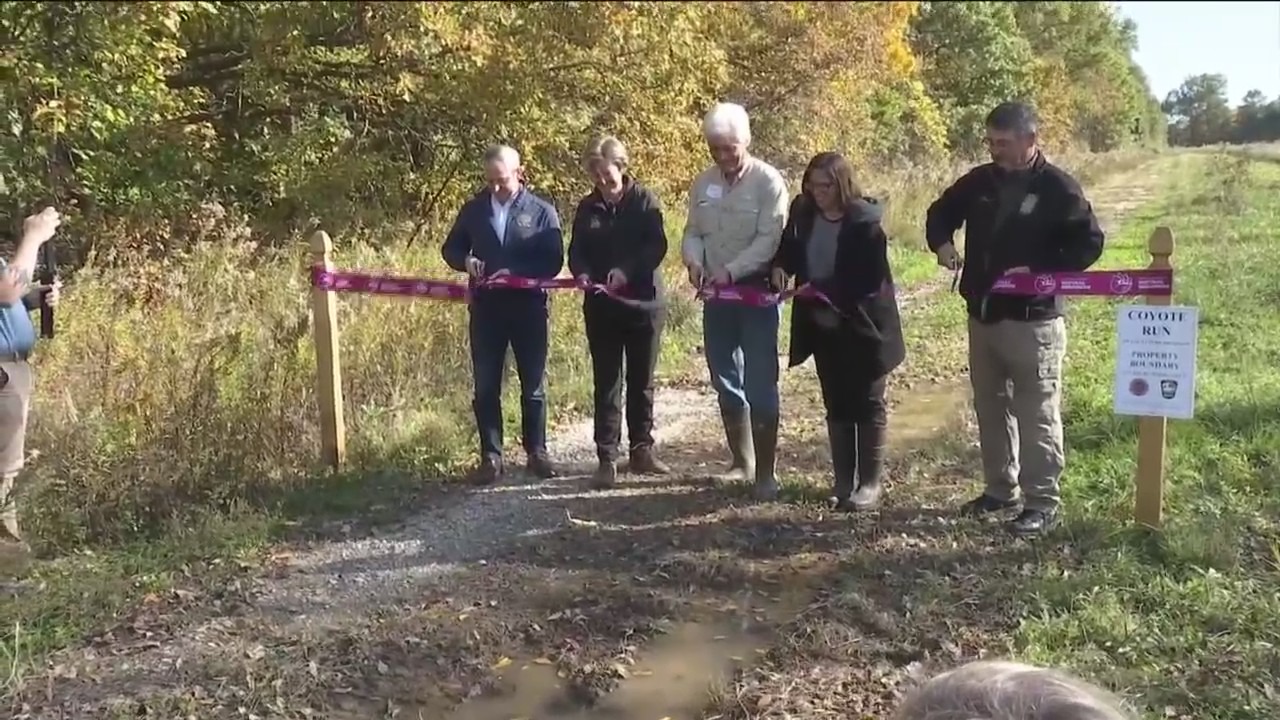 The newly dedicated Coyote Run reserve is located in Pickerington and holds over 230 acres.

“When we first moved here we just wanted to enjoy the quiet life, get away from the city, but we started planting trees,” said Tammy Miller, Coyote Run landowner.

Miller and David Hague are a couple from Fairfield County who have said they want to restore this wetland as close to pre-European settlement as possible.

The Ohio Bike Path App Shows 1,523 miles of routes, the most miles of 50 states

“Ninety-five percent of Ohio’s wetlands have been destroyed, and with that, there’s a lot of flora and fauna,” Hague said.

The work was difficult because several invasive plant species delayed the process for several years, with the couple having to uproot them by hand.

“I shoot and it sprays,” Miller said.

“There are a lot of species out there, and they’ve worked there, so it’s a testament to their dedication to the property,” said Jeffrey A. Johnson, head of the Natural Areas and Preserves Division. the ODNR.

Johnson said it was thanks to the couple’s hard work that his department was able to give the plot of land the nature reserve designation on Monday.

“It’s really unique to have that, especially as close as we are to Columbus, you know, Pickerington, Reynoldsburg, very developed areas,” Johnson said. “We have this really phenomenal ecological zone right in their backyard. “

During the dedication, Hague and Miller thanked everyone who came to support them.

“A lot of these people in this room picked up a shovel and helped us plant trees, or helped us identify what was in the woods,” Miller said.

Opening of a new nature reserve in Gouldsboro