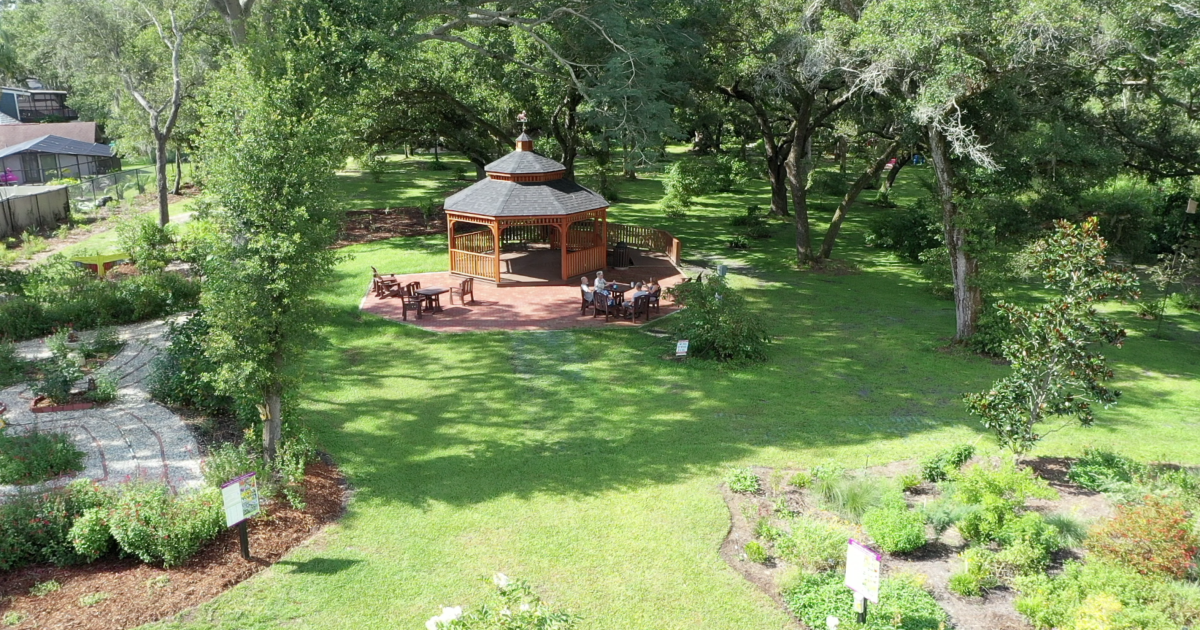 SAFETY HARBOUR, Fla. — Many of us are looking for ways to stay active while maintaining a safe distance from others. That’s why Sarah Phinney started a “Walking Club” to highlight some hidden, and less hidden, trails and parks across Tampa Bay.

Magic is in the air at Folly Farm Nature Preserve in Safety Harbor. Take your time to explore all the special little details of this family-friendly place.

Folly Farm Nature Preserve is about a mile from downtown Safety Harbor.

Put this address in your phone before going out:

Folly Farm covers approximately 10 acres and was once a horse farm owned by George Weiss. In 2014 it was donated to the City of Safety Harbor.

Folly Farm Nature Preserve opened to the public in 2017.

“We were very lucky, we have a very generous benefactor by the name of George Weiss. He donated all the land to us and since then it has been a big hit in the city,” said Safety Harbor Mayor Joe Ayoub.

Walking around Folly Farm is the best way to find out. You will quickly come across the beautiful butterfly gardens.

“We’ve grown it to the point where we think we have the best butterfly garden in Pinellas County,” said Gary Sawtelle, site beautification technician.

According to Sawtelle, the Safety Harbor Garden Club and City of Safety Harbor formed a partnership at Folly Farm just over a year ago.

“They provided us with a place to play in the gardens including supplies and tools and we provide gardening, weeding and pruning and it’s the best partnership!” said Sawtelle.

Don’t be surprised if you see members wearing gnome hats when you visit. It’s all part of the fun!

In addition to the butterfly gardens, there is a short gravel nature trail, gazebo, playground, community orchard, and wind telephone.

Sawtelle says the Folly Farm Wind Phone is the only one in Florida and people come to the park just for it.

There is also a walking meditative maze.

“We have a butterfly maze,” Sawtelle said. “It’s 420 linear feet and you can get lost in it for a second. It’s quite nice.

When should I visit?

Those interested in helping with the gardens at Folly Farm should visit the park on Monday mornings. Sawtelle says they congregate quite early in the summer, around 7 or 8 a.m.

Beyond the Blue Lagoon: five incredible geothermal baths in Iceland

Temporary closure of Redbud Valley Nature Reserve due to vandalism