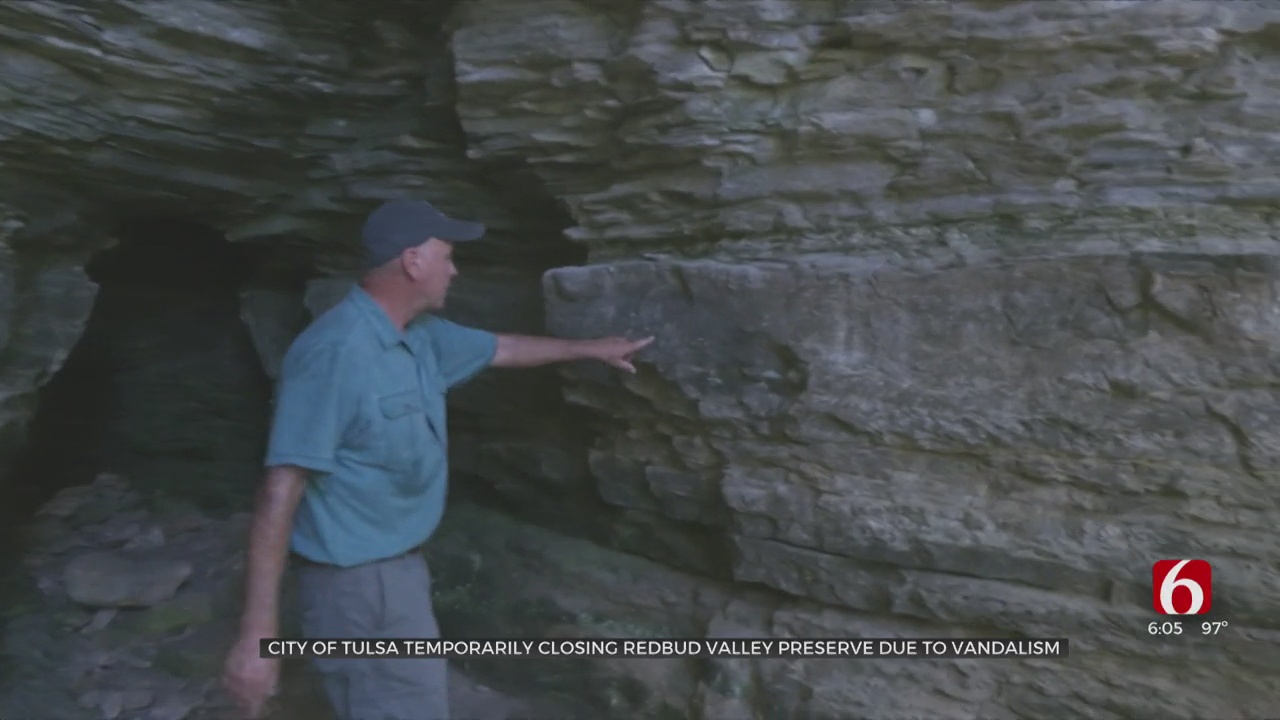 Temporary closure of Redbud Valley Nature Reserve due to vandalism

The city of Tulsa is closing one of its beloved nature reserves. The city said the Redbud Valley Nature Reserve near Catoosa has become too overcrowded and vandalized.

They said it takes time to recover, so it will be closed to the public until next May.

It is the second Green Country nature reserve to close due to vandalism this year. In July, the Nature Conservancy decided to close Bathtub Rocks in Tahlequah after years of vandalism and illegal activity.

Tulsa Chief Naturalist Eddie Reese helped build the Redbud Valley Nature Reserve when it opened over 30 years ago. Reese said he’s been damaged over the years, but he’s never seen it so badly.

The mile-long trail still has all the beauty and nature that people expect. But if you look closely, you can see where the people left their mark, writing their names in the rocks and caves.

â€œIt’s ugly and you’re scratching living organisms when you do this,â€ Reese said.

Reese said some of the damage is not so obvious. Some of the main damage is caused by people leaving the trails causing erosion and even damage to trees. Reese said people also stole rare plants, moved rocks and damaged the creatures that lived beneath them.

He said part of the problem is that the pandemic has led to more visitors. He said the reserve just couldn’t keep up.

To protect it, the city has decided to close the reserve to most people until next May, but it will still be open to students.

Reese said they hope to find a solution before next spring, so as not to close again.

â€œRedbud is a beautiful ecological gem in the Tulsa park system and we want it to stay that way. Everyone gets sick from time to time so it’s the same here with this reserve. bedtime and rest, â€Reese said.