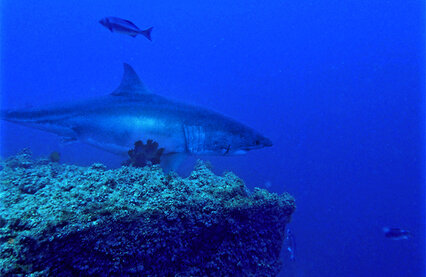 Blue Cavern Point, on the eastern end of Santa Catalina Island, about 25 miles off the coast of San Pedro, California, is a hotbed of life. In the shallow edges of the water cling starfish, sea urchins and sea cucumbers. Further into the deeper seas, the bright orange garibaldi and giant piano-sized sea bass settle in undulating forests of giant kelp reaching hundreds of feet from the ocean’s surface to its bottom.

The area is divided into two protected areas: offshore and onshore. The coastal region encompasses the first three square miles of the reserve. Its offshore area stretches about eight miles into the deeper ocean. Since 1988, the area has been fiercely protected from fishing or collecting specimens.

Collection and pollution have pushed the nudibranch F. californiensis to the brink of extinction. (Image source: WikiCommons.)

Despite the exceptional biodiversity of this region, no one had made a full study of all the creatures that inhabit these waters. In 2015, David Ginsburg, professor (teaching) of environmental studies at USC Dornsife College of Letters, Arts and Sciences, and Audrey Looby, then undergraduate in environmental studies, decided to change that.

Their study, “Nearshore Species Biodiversity of a Marine Protected Area Off Santa Catalina, Island, California”, an inventory of all species in this unique reserve, was published in the March 2021 edition of “Western North American Naturalist”.

They have documented over 1,000 different types of marine macroalgae, plants, invertebrates and fish. Their research also revealed that human activity and climate change appear to be altering these crystal-clear waters.

Their project was first inspired by a routine environmental impact inspection at USC Wrigley Marine Science Center on Catalina Island, where a pipe carries seawater through the lab’s aquariums and the returns to Big Fisherman’s Cove, nearby. 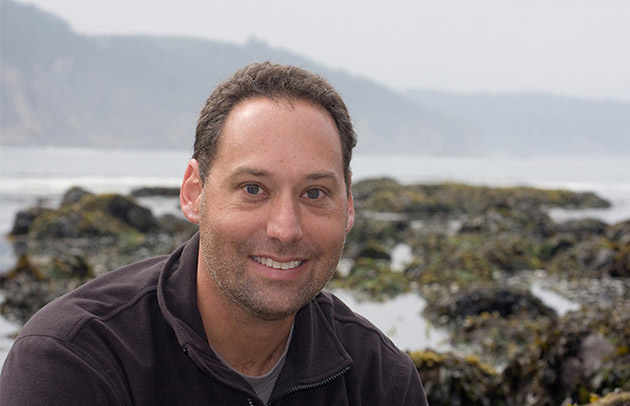 Early in the inspection process, Ginsburg quickly discovered that there was no complete inventory of the marine life inhabiting the area. It was a problem.

â€œHere you have this marine protected area and you’re supposed to know what’s in there, but nobody really knows,â€ Ginsburg explains. Only a scattering of research articles or incomplete catalogs gave an idea of â€‹â€‹biodiversity. His interest in undertaking a more comprehensive investigation was piqued.

However, the scope of the project was daunting. Cataloging each species would require both a dive for specimens and a dive into the archives. Merely studying the current environment would not capture the full spectrum of what lived in the point. Some species came in and out of the cove, were seasonal, or perhaps so endangered that they were rare to find nowadays. He would have to go back and find everything that had already been recorded in the area.

â€œI’ve talked to a lot of people about it,â€ Ginsburg says. “My friend Gordon Hendler [curator of echinoderms] at the Natural History Museum in Los Angeles said, â€œYou will never find a stopping point. Hendler encouraged Ginsburg to continue the project with a more realistic goal of cataloging as much as he could, given that everything would be an improvement.

Fortunately, Ginsburg wouldn’t have to go it alone. Looby received an undergraduate summer research internship at USC Wrigley Institute for Environmental Studies, headquartered at USC Dornsife. She would spend the summer on the island and willingly agreed to participate in Ginsburg’s plans. Perhaps, between the two of them, such a complex study had a chance to be completed.

Under the sea (and in the archives) 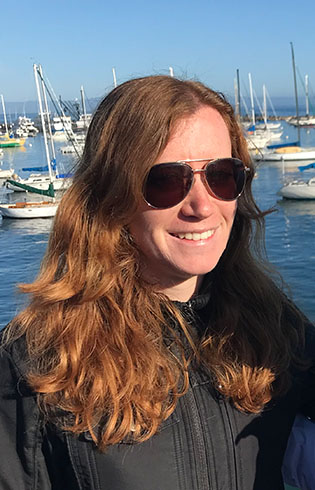 Part of Looby’s enthusiasm was due to his newfound love of diving. She had become certified through USC’s AAUS Scientific Diving course and was looking forward to spending as much time as possible in the water.

Exploring life below the waterline was like meeting another planet, says Looby. A neon nudibranch, a mollusk so vivid it could easily be mistaken for an invention by Salvador Dali, twisted along rocks covered with algae. Stingrays glided in the currents.

â€œThe first time you see them you suddenly see the ground moving beneath you and there’s a whole stingray fever swimming,â€ says Looby, who now has a PhD in Fisheries and Aquatic Sciences. student at the University of Florida.

Ginsburg and Looby made visual surveys of five intertidal reefs around the tip, meticulously identifying and recording everything from the smallest microalgae to those piano-sized basses.

Some of their meetings were of interest. On Looby’s last dive of the summer, she and her dive mates spotted a 15-foot pregnant great white shark, one of the few sightings ever recorded in the area.

The project also required less adventurous work. The duo scoured thousands of pages of documents from 1960 to the present day for records of specimens seen in the area. Resources included old research papers, records of museum and herbarium specimens, and citizen science records.

As a result of these efforts, the list of specimens sighted in the cove has grown to some 1,100 unique species, all located within three square miles of the reserve.

The work of Ginsburg and Looby also produced more disturbing discoveries – how human hands are changing the creek, despite protection efforts

Some changes are milder than others. Looking through the studies, they found that there was no mention of sea grasses, or any of the species that typically live among grasses, until the 1990s.

â€œThe leopard sharks and stingrays that Catalina’s divers remember probably weren’t there until the dock,â€ says Ginsburg. â€œThat was another part of the story that I thought was really cool. It’s not just about naming all the species; it’s also about recording some really big changes in the ecosystem.

Other findings were darker. The Dali-esque nudibranch, for example, has declined dramatically in numbers, possibly due to pollution and collection for home aquariums. Starfish like the Bat Star and the Spiny Star, despite frequent records in previous surveys, were not found during their dives. Unusual sightings of subtropical species such as fine-scale triggerfish in the region indicate warming of the oceans.

These ecological findings combined with their catalog of species – the most comprehensive in history – make Ginsburg and Looby’s study an important baseline for keeping this precious region intact.