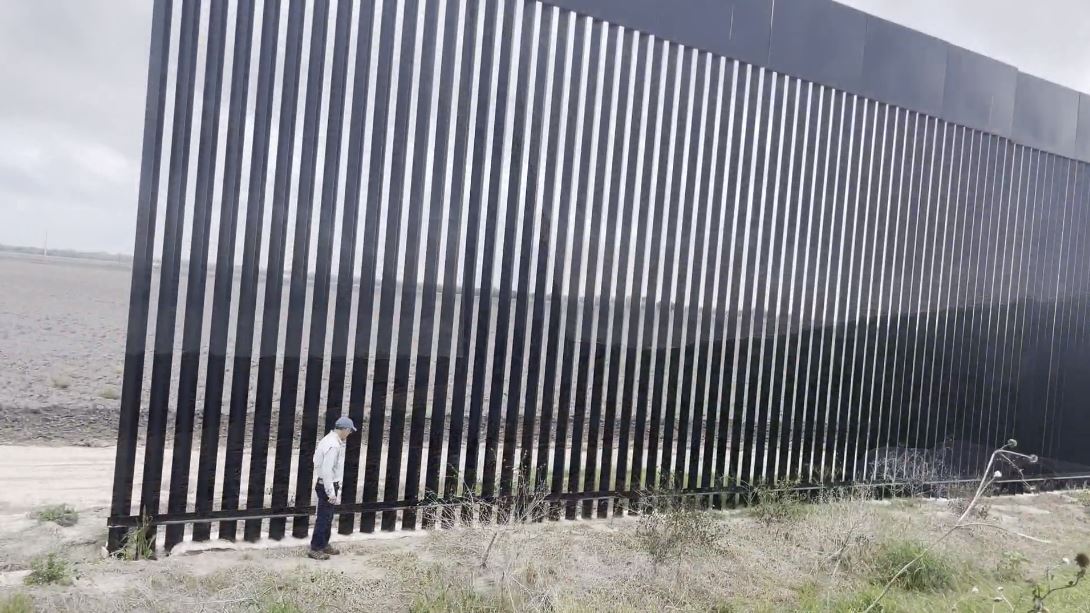 LA FERIA, Texas (Border Report) – The Biden administration has sued in federal court to condemn several tracts of farmland in Cameron County where it plans to build and install a range of border infrastructure along the shores of the Rio Grande. But conservationists tell Border Report the area also includes a section of a federal wildlife preserve that is home to endangered species.

Life after ‘Staying in Mexico’: One family’s struggles in America before immigration court hearings

Documents filed in federal court in Brownsville last month show the federal government took several fields of farmland near the Rio Grande, south of the town of La Feria, Texas. And an included map indicates that the border infrastructure project would directly cross the territory of the La Gloria Wildlife Refuge, which is part of the Rio Grande Valley National Wildlife Refuge.

On Tuesday, conservationists Scott Nicol and Jim Chapman took Border Report to tour the wildlife refuge. They say the refuge is part of a decades-old corridor that was established to provide a safe haven for wildlife. And they fear the animals will be unable to travel to and from the Rio Grande if the wildlife refuge is cut off by new border barriers.

“If they were to follow the doom line, it would take that stretch of border wall behind us through another part of the Lower Rio Grande Valley National Wildlife Refuge,” Nicol said Tuesday as he walked the along the dusty dyke.

Beneath the raised earthen levee are towering cedars, marshy wetlands and dense brush, where raccoons, turtles and rare birds nest.

According to court documents filed with the U.S. District Court for the Southern District of Texas in Brownsville, this is land that the federal government says is being taken “to construct, install, operate and maintain roads, fences , vehicle barriers, security lighting, cameras, sensors and related structures designed to help secure the US-Mexico border in the state of Texas.”

Now Chapman and Nicol fear the Biden administration will complete the missing segment — which is barely a mile long — and connect the border wall. This would cut off the refuge to the river and dissect this stretch of land that was set aside in the 1970s to protect wildlife.

“Part of this expanse is forest. Some of it is wetlands,” Chapman said. “And the levee is where they want to put the border wall and essentially that would cut the refuge in half and create an essentially impassable barrier for wildlife trying to either get to the river or get away from the river.”

He is also concerned that bright lights and cameras will also affect some habitats and that the 150-foot application zone that is carved out around the border fence will destroy sensitive vegetation in this recharge zone.

But Chapman says that part of the levee currently has no border barriers, and if they put one up, he says it would be “a new border wall.”

The current border markers installed east of the shelter bear a handwritten date of December 2020. And they were one of the last sections of the border wall built before Donald Trump left.

DHS has returned several land tracks that were condemned during the Trump administration, including a high-profile riverfront lot in Hidalgo County owned by the Cavazos family that was returned last week.

“He didn’t really catch the eye. It should and maybe it would help the Biden administration have a more cohesive policy and when they say ‘not another foot’ they actually stop doing things that would help build another foot of the border wall,” Nicol said.

Border Report contacted the Department of Homeland Security and asked if the border infrastructure project included the construction of a border wall through the refuge and when construction would begin.

In October, DHS announced that it would end all border wall contracts in the Laredo and Rio Grande Valley areas of the Border Patrol. In addition, DHS said, U.S. Customs and Border Protection will continue to conduct biological, cultural, and natural resource surveys in areas where barrier plans exist. These areas are also found in the Laredo and Rio Grande Valley sectors and in the El Centro sector (California).

Visit BorderReport.com for the latest exclusive stories and breaking news on issues along the US-Mexico border.

DHS said none of the environmental activities involved the construction of border barriers or the acquisition of permanent land and that all actions complied with the National Environmental Policy Act.

Sandra Sanchez can be reached at [email protected]