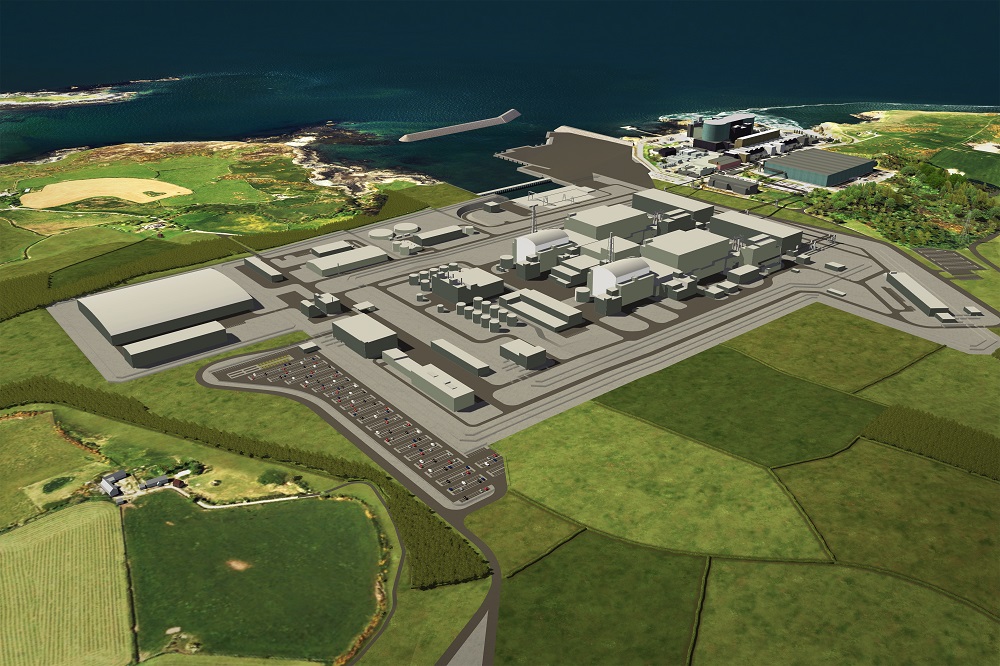 What could the UK do to boost energy supply?

A range of energy options are currently being considered by the government as Russia’s invasion of Ukraine continues to drive up prices.

Given the dependence of European Union states on Russian oil and gas supplies, energy prices in the EU and UK have risen dramatically – and Prime Minister Boris Johnson has now said that a new national energy strategy would be defined next week.

“What Putin is doing in Ukraine is causing global uncertainty and a spike in the price of oil, which spills over to the forecourts in the UK and everyone can see the effect of rising gas prices,” he said. Johnson yesterday during a visit to the United Arab Emirates.

“Next week we will set out the energy strategy for the UK, a massive leap forward on renewables, more nuclear, using our own hydrocarbons more efficiently, also looking at what we can do to supply ourselves in hydrocarbons elsewhere than in Russia.

So what are the options in the frame?

Johnson is said to be keen to revive plans for Wylfa Newydd’s nuclear power station in Anglesey in response to the energy crisis.

According to The temperaturesources said Johnson was determined to press ahead with plans for a large-scale nuclear power plant at Wylfa, with the government in talks with US nuclear reactor maker Westinghouse and engineering firm Bechtel over a proposal site development. The government has so far set aside £120million to support the project.

Horizon Nuclear Power formally withdrew its planning application for a £20bn power station at Wylfa in January 2021 after funding difficulties.

Wylfa had previously been in contention as a potential site for a large-scale nuclear power station, but the decision was made to go ahead with Sizewell C in Suffolk instead.

In addition, the UK is considering a 20-year extension of the Sizewell B nuclear power station on the east coast of England until 2055, according to the FinancialTimes. Suffolk Power Station is expected to stop producing electricity in 2035. 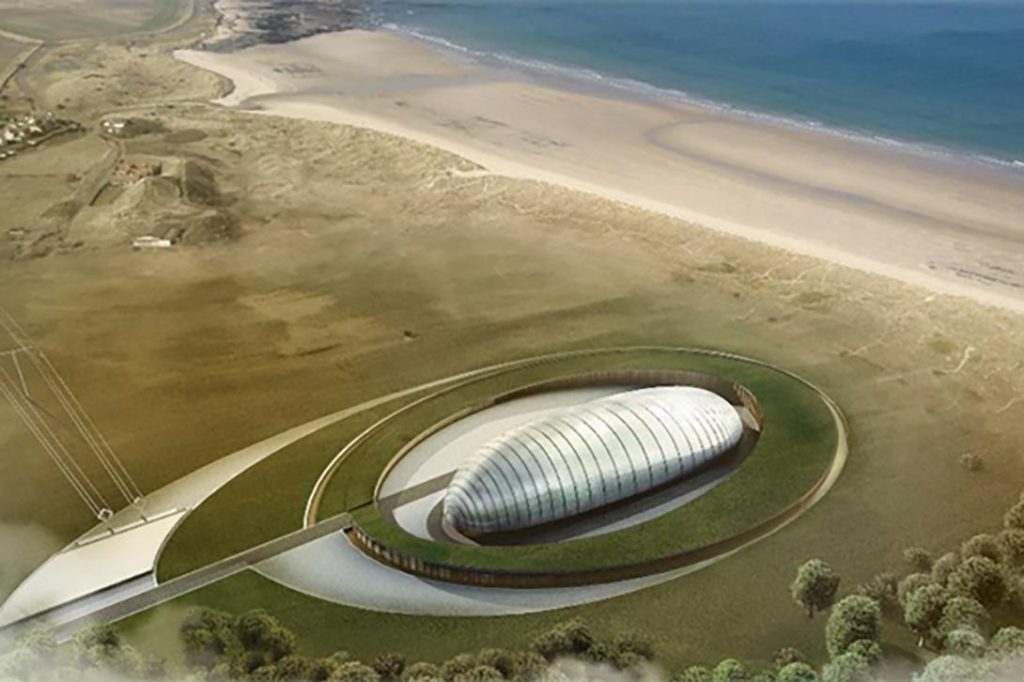 Still on the nuclear theme, Rolls-Royce appeals to the British government to accelerate the deployment of small modular reactors (SMR).

SMRs have the potential to be less expensive to build than traditional nuclear power plants due to their smaller size.

Rolls-Royce submitted SMR designs for Wylfa and Trawsfynydd for evaluation last week. However, thorough security checks are needed and these are not expected to come online until the 2030s. So government sources told the Telegraph that Rolls-Royce is frustrated with the lack of progress.

A Department for Business, Energy and Industrial Strategy spokesperson said: “SMRs offer exciting opportunities to cut costs and build faster, ensuring we can bring clean electricity to homes and reduce our exposure to volatile gas prices.

“Although SMRs don’t exist yet, countries around the world are rushing to develop the technology. Rolls-Royce has confirmed that SMRs will be available on the UK network in the early 2030s and we are working to their schedule, having already committed £210m of government funding.

The government’s £210m investment is combined with around £250m from private sector funding and £85m from the Qatari fund. 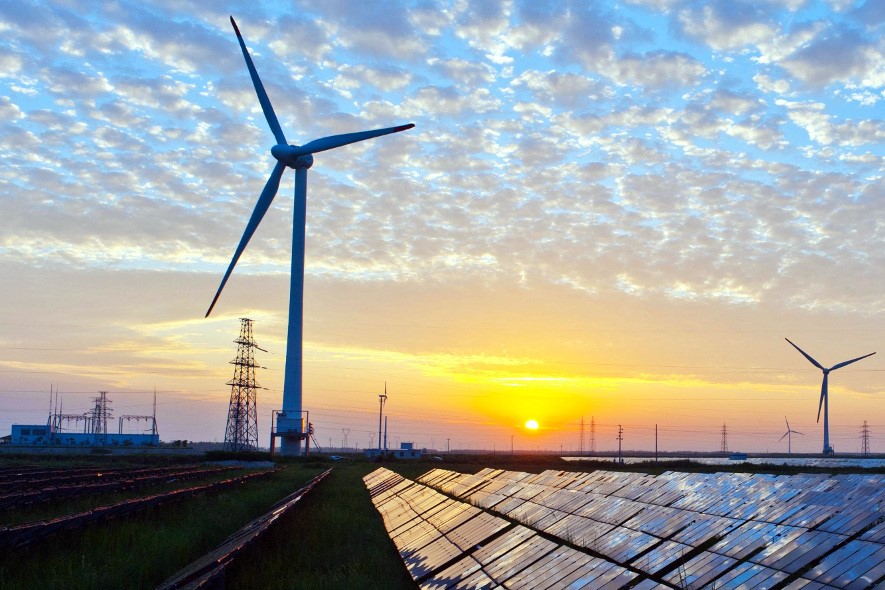 Energy experts have also called on the UK to continue its efforts to deploy renewables.

Director of UCL’s Sustainable Resources Institute and professor of energy policy Jim Watson told an Energy and Climate Intelligence Unit briefing that renewables could provide a “partial solution because they would lead to “an increase in the production of renewable energy and a reduction in the quantity of gas”. used for the production of electricity in the years to come.

As such, Watson called on the government to “keep our foot on the accelerator of renewables – and continue to increase investment in low-cost sources of electricity such as solar and wind.”

He said: “Reducing gas demand should be central to the UK’s response to the invasion of Ukraine and high prices. Increasing oil and gas production in the UK Uni will have very little impact on prices and is unlikely to make a significant dent in UK fossil fuel imports. 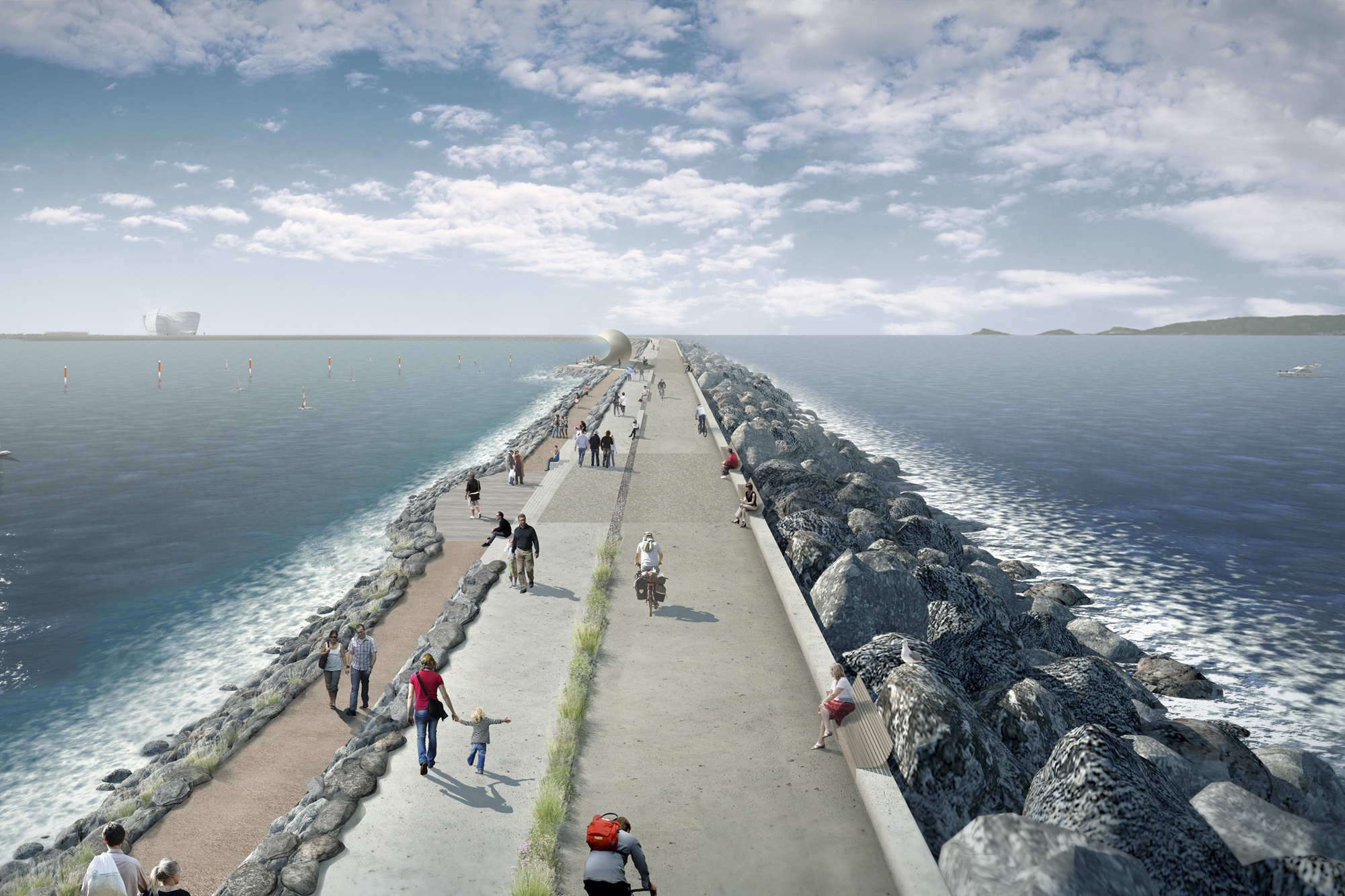 “I have long advocated tidal range as the most realistic and scalable solution,” he explained. “Not dependent on the weather, this renewable resource, unlike any other, has the potential to generate energy 24 hours a day, seven days a week, 365 days a year. With approximately 17,820 km of coastline and a derisory number of pilots in the water, we have the impression of missing a huge opportunity.

“This is where ‘green’ hydrogen comes in to help make an even more compelling case, to help set up a winning renewable strategy to meet the 2050 targets and more. Using a system of lagoon or reservoir (like our own TPGen24 systems), attached to a hydrogen capture plant, it becomes possible to share the same raw material, seawater.”

A project to convert tidal power from the Severn Estuary into energy is also under consideration. An independent commission was launched this month to explore potential alternatives, 12 years after the government scrapped plans to build a 16km dam across the estuary to generate green electricity from the tides.

The commission was set up by the Western Gateway ‘powerhouse’, a coalition of politicians, business and public sector leaders and academics covering an area stretching from Swansea to Swindon. The group estimates that a tidal project in the Severn Estuary could supply up to 7% of the UK’s energy needs. 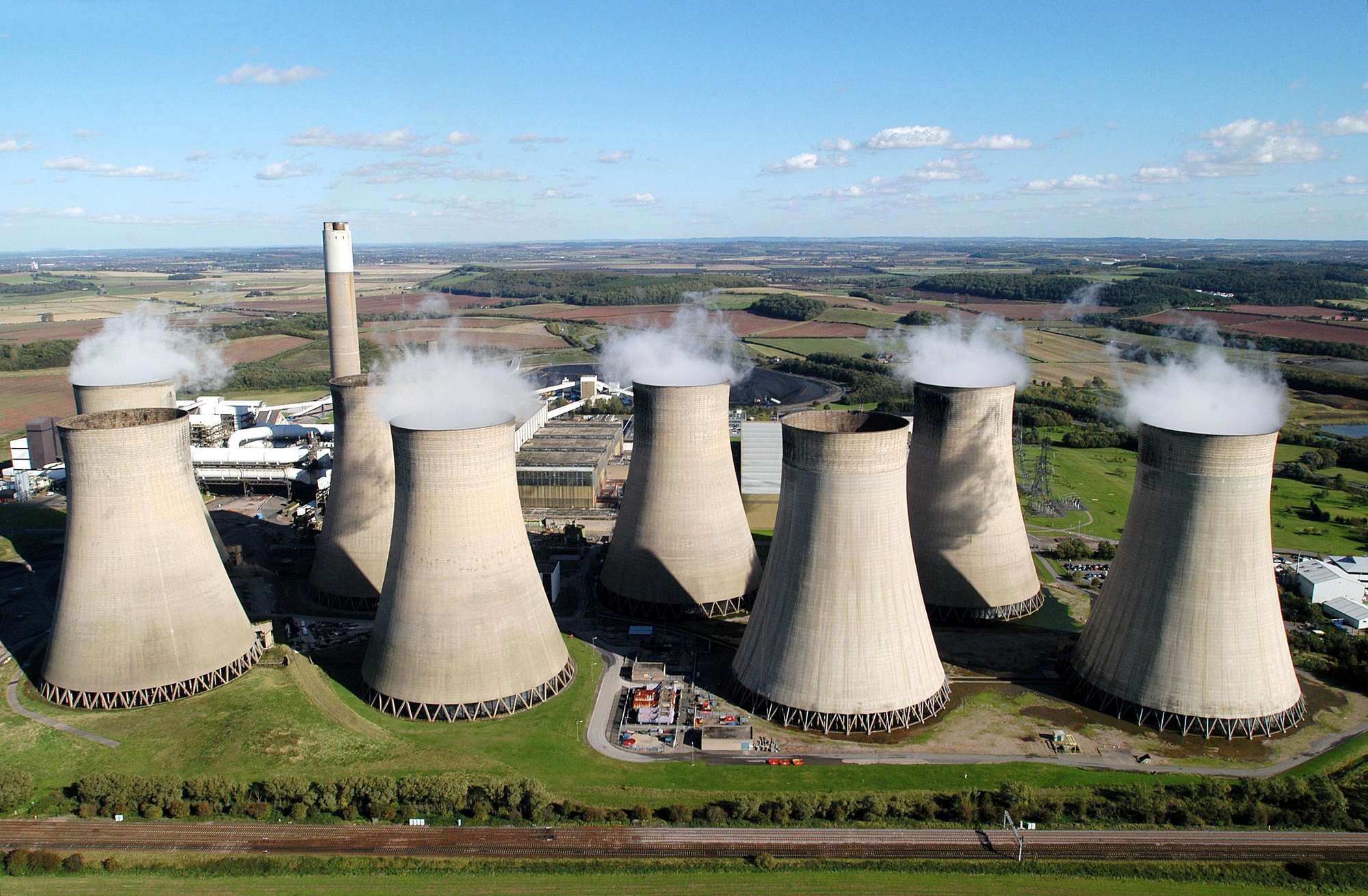 Officials have reportedly approached EDF and Uniper to extend the life of three coal-fired power stations in Nottinghamshire, according to The telegraph.

EDF was asked about two coal burning units at West Burton A and Uniper about one unit at Ratcliffe-on-Soar, but a government source said the companies said this would require taxpayers’ money.

The closure of all three units is currently scheduled for September 2022. Extending this would make an additional 1.5Gw available to the electricity grid next winter – but the government has insisted that plans to phase out coal by October 2024 remain in place.

Expansion of the dam 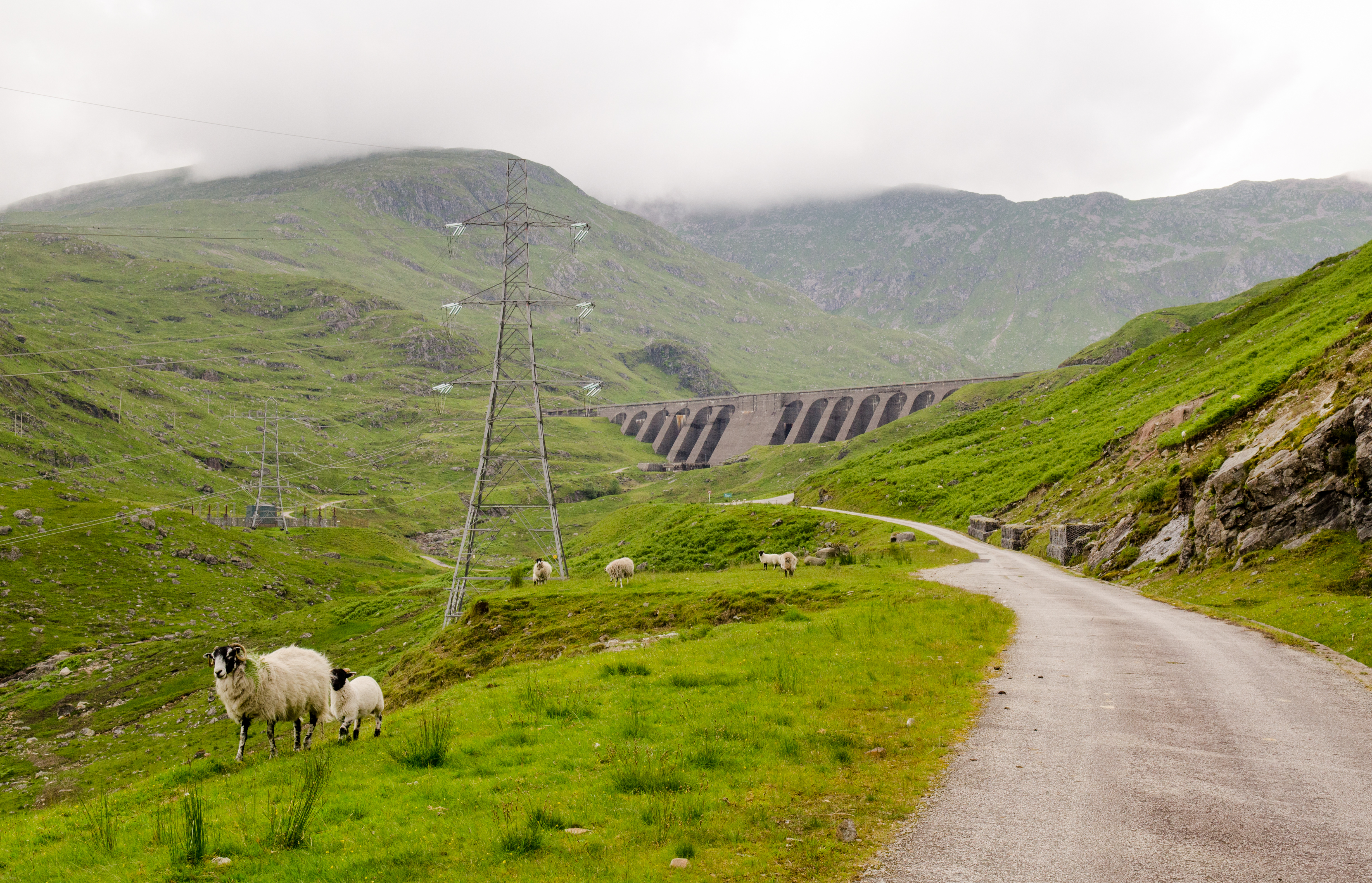 Plans are underway to build a second power station at Cruachan Dam in Argyll, Scotland.

Drax now hopes to secure a £500m investment to excavate 1m tonnes of rock and create a second cavern next to the existing one. This would have the capacity to generate enough power for around 1 million homes. This would more than double the power generation capacity of the plant.

The final round of public consultation events take place this week, and Drax will now apply for planning permission from the Scottish Government, with a decision expected in 2023.

Do you like what you read? To receive daily and weekly New Civil Engineer newsletters, click here.