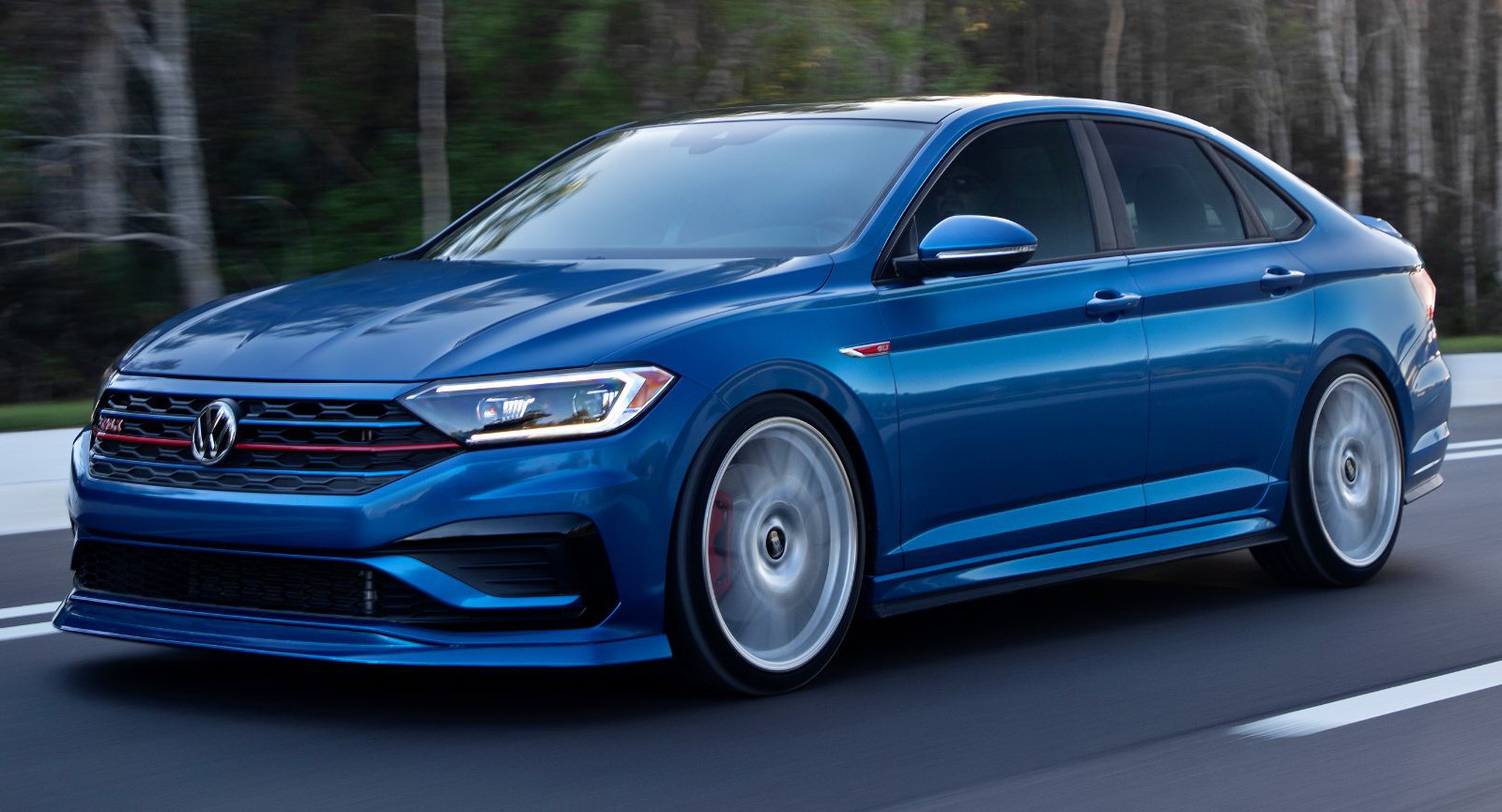 VW is planning a whole lineup of enthusiast concept vehicles for 2021, and the first has just landed: here’s the 2021 Blue Lagoon Jetta GLI concept.

Built as a tribute to the 2004 Jetta GLI, the new Blue Lagoon Jetta GLI concept started life as a normal 2021 Autobahn Jetta GLI with a manual transmission. The original Deep Black Pearl paint has been replaced with the iconic blue tint through the use of vinyl wrap.

Read also: The VW group will decide on the Bugatti-Rimac merger this year

In order to match the wrap as closely as possible to the original Blue Lagoon Metallic, a fuel filler door from a 2004 Jetta GLI was used as a reference against several blue vinyl wraps before finding the Orafol Midnight Blue Metallic. The wrap has been applied to the entire car – including the door pillars and side body parts – so that the color change remains visible, even with the doors open.

VW’s “Enthusiast Fleet” special team worked with Air Design for the exterior side skirts and rear trunk spoiler, as well as with Fifteen52 for the front lower spoiler. The 20-inch BBS CH-R wheels, wrapped in 235/35 Continental ExtremeContact Sport tires, are from AlphaParts. An H&R coilover suspension system is also fitted to give the vehicle a sportier stance and better handling. 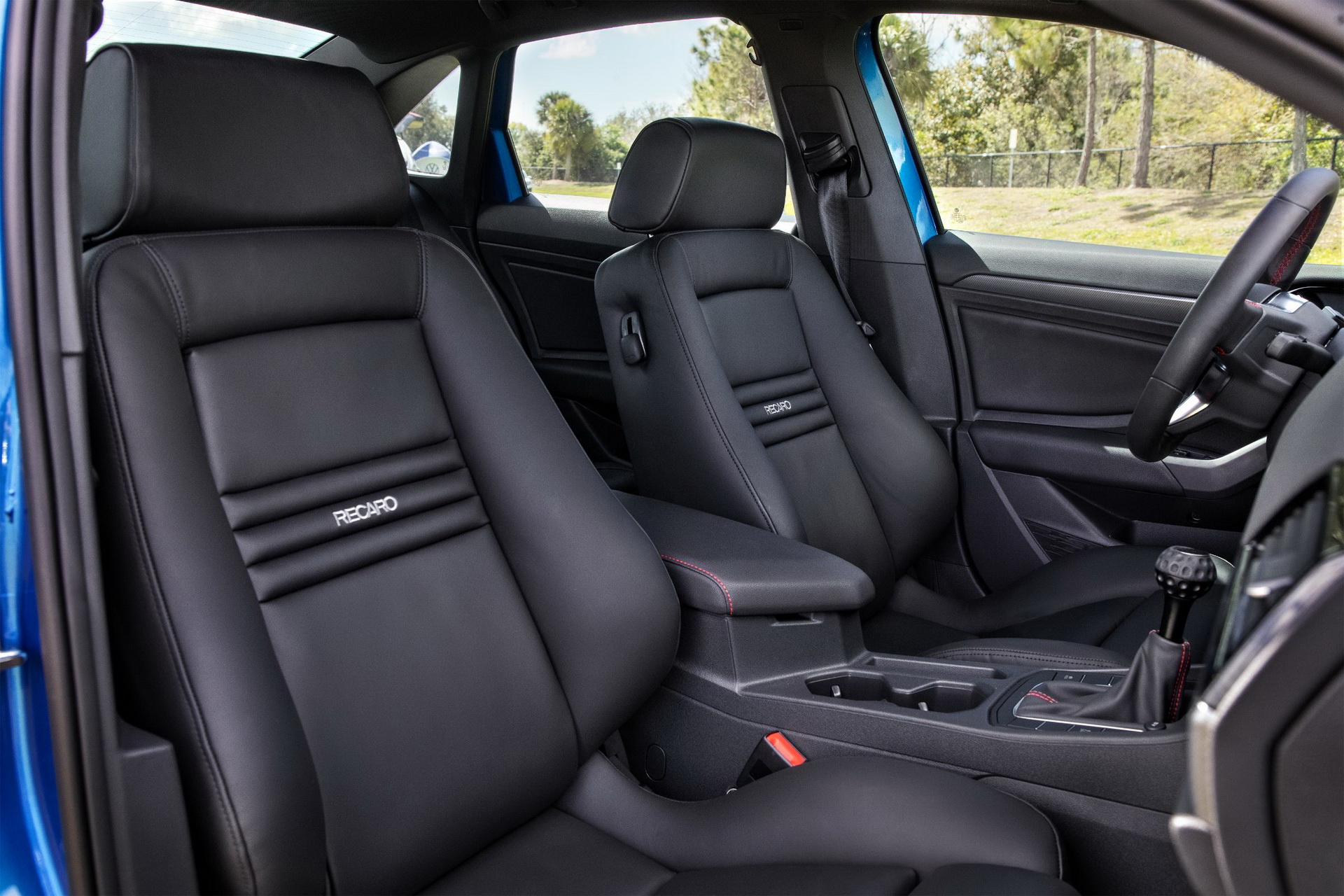 The cabin has also been updated with a set of Recaro Ergomed ES leather front seats and a weighted golf ball-shaped shift knob from Black Forest Industries.

In 2004 VW introduced the Mk5 Jetta GLI to the US market. The GLIs have always been the saloon version of the Golf GTI and the Mk5 Jetta GLI continued the tradition with a more aggressive body kit, wheels and form-fitting seats. The vehicle’s launch color was none other than “Blue Lagoon”, but its run was short-lived and was eventually replaced by a shade of medium-dark blue called “Jazz Blue”.

The one-of-a-kind “concept” vehicle will be part of VW’s 2021 enthusiast fleet and will be showcased at events across the country.