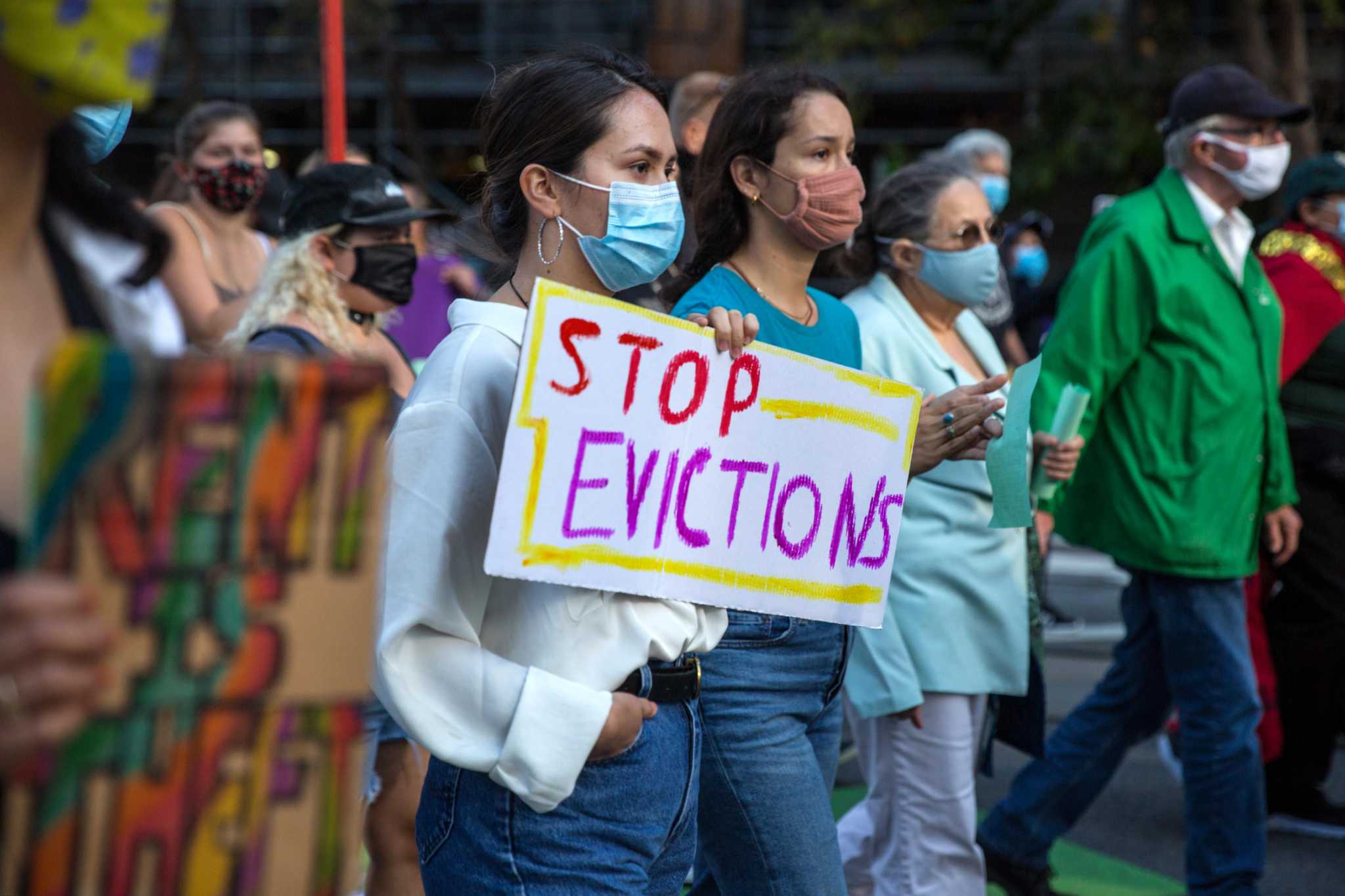 Hello, Bay Area. It’s Wednesday, July 6, and the fireworks have caused air quality issues to spike, with levels reaching “very unhealthy” in some Bay Area neighborhoods on the night of July 4. Here’s what you need to know to start your day.

About 4,000 of them were from the Bay Area, according to California Judiciary data.

Many households that have been unable to pay rent are still waiting to hear from local and state rent relief programs. It’s unclear how many evictions are occurring in the area due to privacy laws, sketchy court data and the complex personal nature of housing disputes.

Tenant advocates fear there are still more evictions to come as the effects of the pandemic continue to ripple through the economy.

A fast-spreading fire in Amador County has scorched 3,400 acres, and steep, rugged terrain is making it difficult for crews to contain the conflagration.

What we know so far: The fire broke out near Vox Beach on Monday, and mandatory evacuations have been issued for residents of Amador County and the Butte Mountain Road area, as well as within two miles around Lake Tabeaud. Part of National Route 26 is closed near the burned area.

Pacific Gas & Electric Co. said its equipment was not responsible for the fire, but about 15,000 people were without power in Amador and Calaveras counties when the Electra fire burned.

About 100 evacuees were trapped in a PG&E building for six hours before sheriff’s deputies rescued them.

• Smoke screen: Which Bay Area cities had the worst air quality after the 4th of July fireworks?

• Real estate busts? These are the neighborhoods in San Francisco where home prices have not rebounded from pandemic lows, according to data from Zillow.

• Following the elections: The Chronicle obtained data on 500,000 San Francisco voters. Here’s what the numbers show on who voted in recent municipal elections.

• School of fish: Thousands of dead anchovies in a Marin lagoon last week. But the cause is not as strange as it seems, the scientists said.

• A lifeline : A nationwide formula shortage is hurting Californian children with special needs.

• Opinion: Should California secede and become an independent nation?

What to eat and drink

It’s my favorite time of summer – when The Chronicle Food + Wine team releases their list of the 25 Best Restaurants to Eat This Season. There are a plethora of additions that free you from decision fatigue, including Mijoté, a new French restaurant in the Mission neighborhood, as well as Table Culture Provisions, a pop-up that has become permanent in Petaluma.

But if you like to choose, restaurant critic Soleil Ho has described plenty of options, such as pizza and pasta at Cotogna in San Francisco and hearty pastries and mezze dishes at Reem’s in San Francisco. (I, for one, am glad to see Mazra in San Bruno among the picks.)

Plus, Chronicle wine critic Esther Mobley has a roundup of the most kid-friendly wineries in Napa and Sonoma. With school out for the summer, you can’t just leave the kids at home for a wine tasting. So why not take them along to enjoy the fresh air and beautiful scenery?

Fixed: Tuesday’s newsletter incorrectly attributed a quote in the “Virus Updates” section. The speaker was Dr. Bob Wachter from UCSF.

Bay Briefing is written by Gwendolyn Wu (her) and sent to readers’ inboxes weekday mornings. Sign up for the newsletter here and contact the writer at [email protected]

Luxury gadgets that are probably worth more than your car