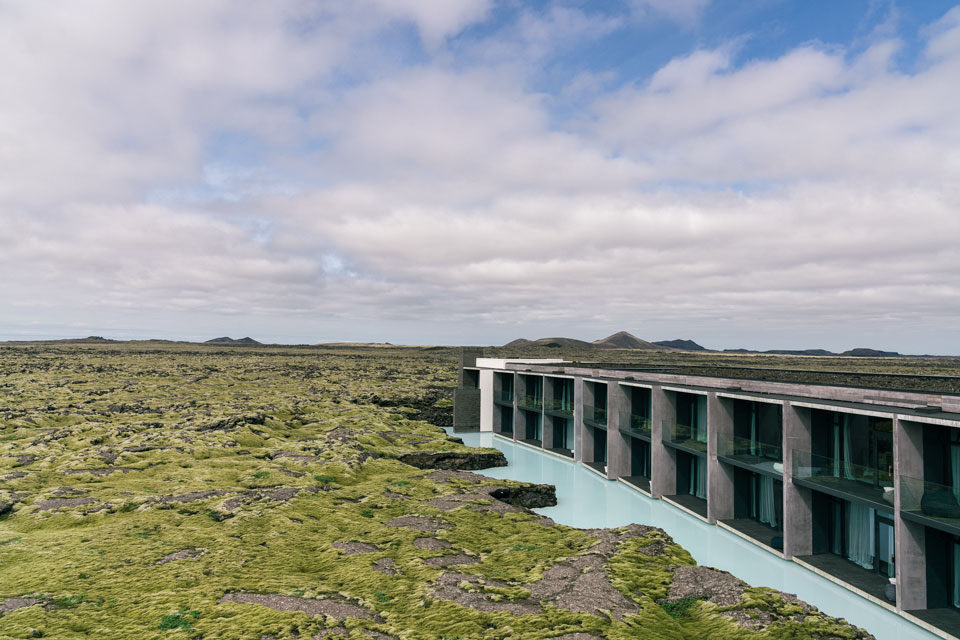 The Retreat at Blue Lagoon was the first five-star hotel and spa to open in Iceland in spring 2019, located in a private cove of the UNESCO Global Geopark.

Built in and around the geothermal Blue Lagoon, it features the Retreat underground spa, a 62-suite hotel, and a gourmet restaurant.

The focal point of the property is, of course, the lagoon. Discovered by chance, it was first revealed during the construction of a nearby geothermal power plant in the late 1970s, disrupting a groundwater source.

Today it is now Iceland’s main tourist attraction, with its mineral-rich water renowned for its powerful healing properties, used in skin care lines to treat conditions such as psoriasis.The retreat was created by those who originally developed the site. “We are proud to finally be able to share Blue Lagoon Iceland’s retirement with the world,” said Grímur Sæmundsen, Founder and CEO of Blue Lagoon Iceland. “Our team and partners have worked extremely hard to bring this luxury experience to life…”

Guests are greeted by individual hosts who manage the itineraries and provide insight into local culture, such as Northern Lights viewing.

Each of the 62 suites showcases a minimalist aesthetic designed to usher in the dramatic ground beyond with floor-to-ceiling windows and ‘man-centered’ lighting to mimic the phases of the sun. 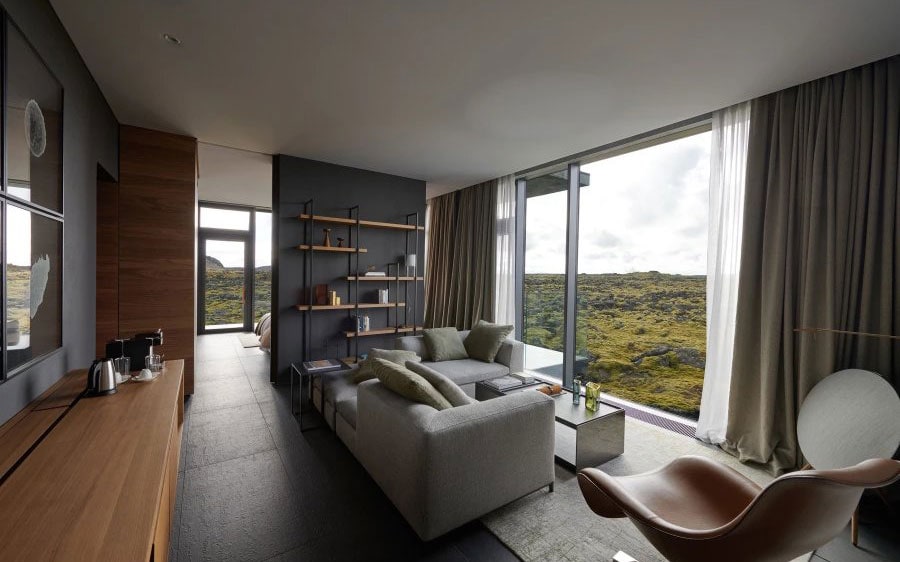 Arranged over two levels, the lower level suites feature private terraces that blend into the lagoon, while the upper suites overlook the mossy landscape from private balconies, enjoying views that change with time and light.

The Retreat Spa (available to both retreat guests and day trippers) is built in an 800 year old lava flow on the south shore of the Blue Lagoon and features a steam room, cold well, treatment rooms and a restaurant, as well as access to the lagoon for exclusive massages in the water. 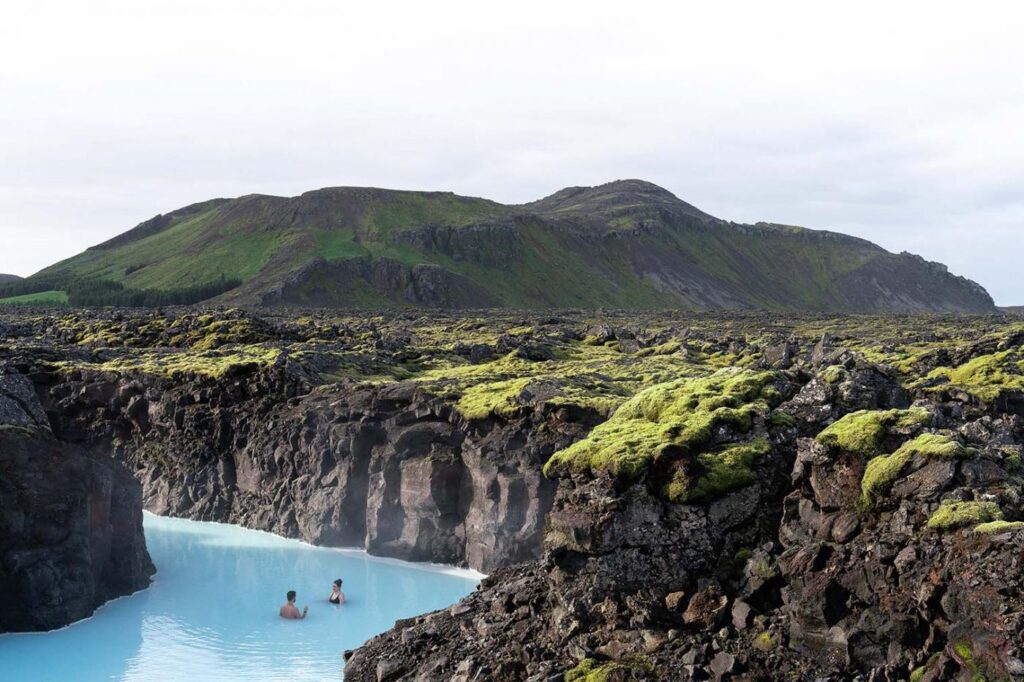 The Blue Lagoon Ritual is a retreat exclusive, a sanctuary of interconnected rooms where guests can play with three different properties of geothermal seawater – silica, algae, and minerals – and use them as face and body masks. .

The Retreat’s Spa Restaurant is a casual spot where guests are encouraged to dine in their spa bathrobes, feasting on seasonal dishes including shrimp, scallop and arctic char ceviche, carrots with chickpeas and fennel and a plate of daily sushi.

Healthy drinks – shots of thyme and crowberry or seaweed, cold-pressed beet or kale juice, and skyr smoothies – are also on the menu. 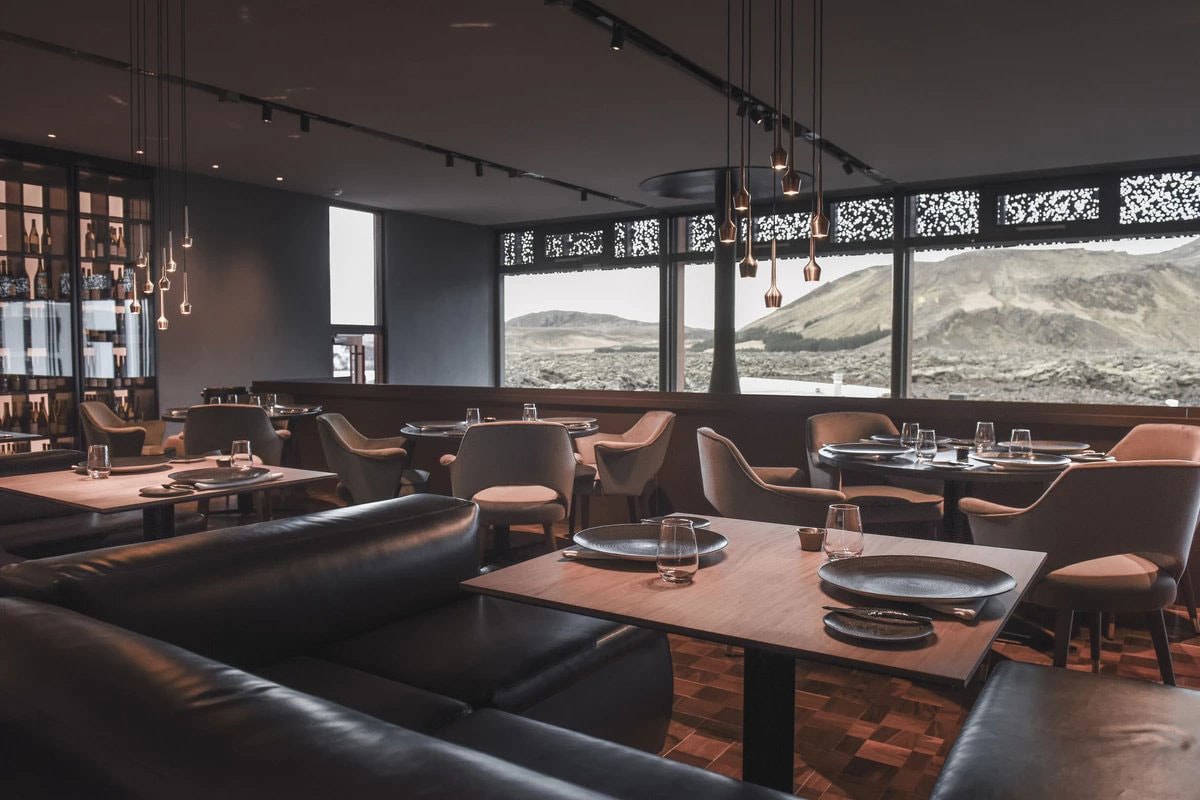 At Moss Restaurant, Icelandic cuisine is showcased through local produce and pure seasonal and regional ingredients. The menu features hand-dipped scallops, reindeer bought by a hunter from Eskifjörður and pearl barley from Vallanes, an organic farm and one of the northernmost places on earth where grain is grown. .

The Moss Restaurant also has a ten-seater chef’s table made from locally quarried lava stone and the wine cellar, which was built in a lava cave that erupted in 1226. 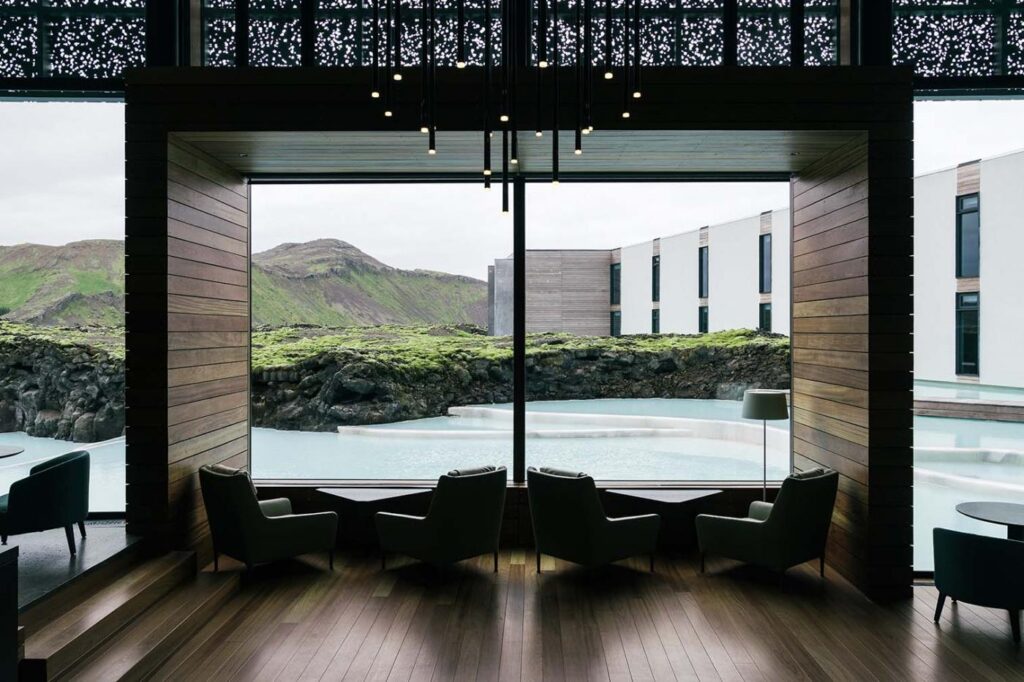 It’s not the only rocky, underground hotel there. La Casa Na Terra in Portugal, a bunker-style underground house is available for private hire, and La Dimora di Metello in Italy is a boutique hotel in a former Italian cave dwelling.

Iceland recently announced that it will offer free Covid-19 tests for arrivals between December 1, 2020 and January 31, 2021, with the aim of replacing quarantine rules and encouraging tourism. Read our review of the nation’s airports testing regime here.