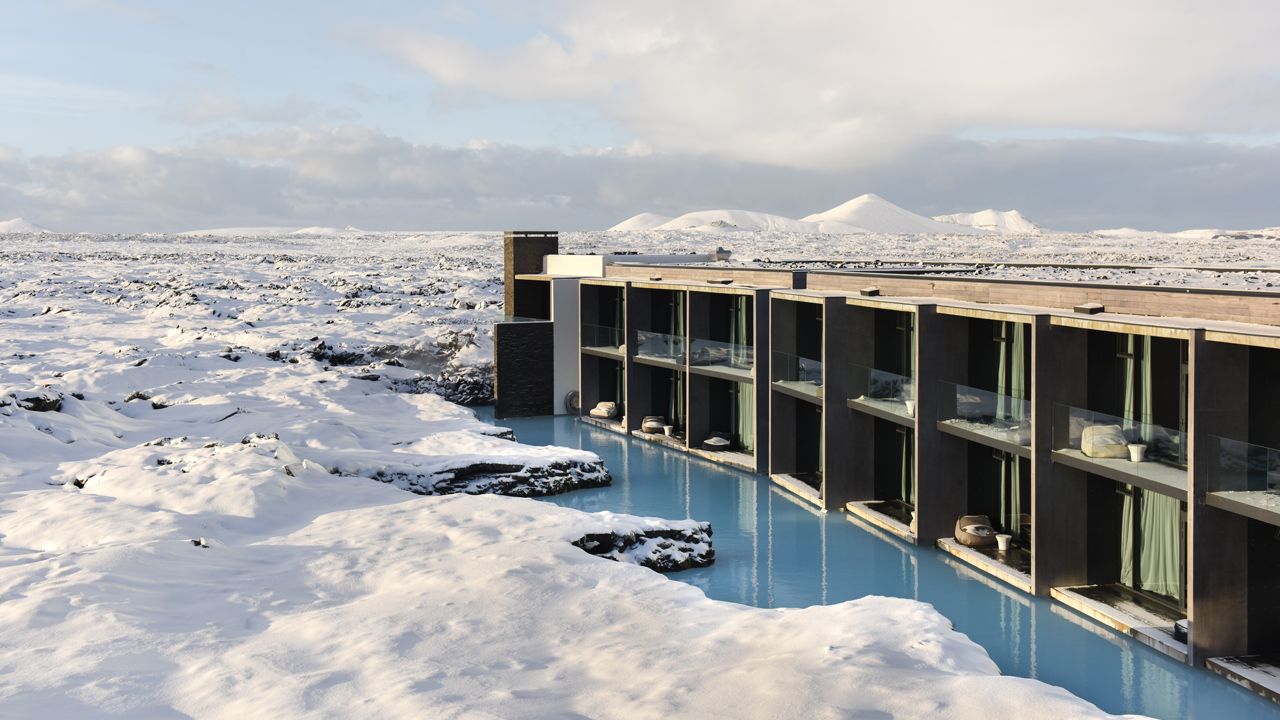 The Retreat at Blue Lagoon Iceland immerses guests in nature

Sigurdur Thorsteinsson, Design Director of Design Group Italia, explains how The Retreat at Blue Lagoon Iceland immerses guests in nature in this video produced by Dezeen for the AHEAD Awards.

The 62-room resort hotel is nestled among the lava formations and turquoise geothermal pools of Iceland’s Blue Lagoon Resort, located in the UNESCO Global Geopark.

The Retreat at Blue Lagoon Iceland was honored in the Resort Hotel category at the AHEAD Europe Hospitality Awards, which took place in London in November.

Design Group Italia took care of the interiors of the project, in collaboration with the Icelandic firm Basalt Architects, which was responsible for the architecture of the complex.

“The brief here was to do something that would fit very well in nature,” says Thorsteinsson in the video interview, which was shot by Dezeen at White City House in London on the day of the AHEAD Europe ceremony.

“We basically wanted to have continuity between nature, inside and outside,” he continued.

Interiors at the resort feature colors and materials that reference the striking landscape of lava, vivid green moss, and vivid blue water that surrounds the Blue Lagoon Resort.

“We have very tactile surfaces,” Thorsteinsson said. “We introduced blocks of lava into the building, and we treated it as a building material or as a furnishing material.”

Thorsteinsson said the resort was designed to provide guests with an experience of tranquility and seclusion from the outside world.

“When you come to the hotel, this world opens up to you, a little bit supernatural almost,” he said. “When you enter the building, you enter a sanctuary.”

The hotel’s centerpiece is its spa, which offers a series of indoor and outdoor baths and treatments that use the site’s mineral-rich geothermal waters and natural materials, including silica and algae. 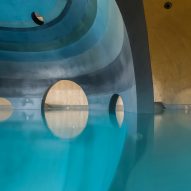 AHEAD Europe hotel award winners are “simple but rich”

According to Thorsteinsson, The Retreat at Blue Lagoon Iceland aims to reconnect visitors with the natural world and instill a sense of nature’s humility that he feels lost to city dwellers.

“In addition to relaxing, we wanted people to leave with more respect for nature and a better understanding of what nature is and how wonderful it is,” he explained.

“When you live in the big cities, you don’t see nature and you don’t think that it is stronger than you,” he continued. “In Iceland it is very easy to connect because nature is so strong and you are aware of it and you know she is stronger than you and we wanted people to be able to get into that mood.”

“You want to go somewhere where you experience something different and something that you can take home as a souvenir.”

This video was produced by Dezeen for AHEAD. It was shot at White City House in London. The photograph is courtesy of AHEAD and Design Group Italia.