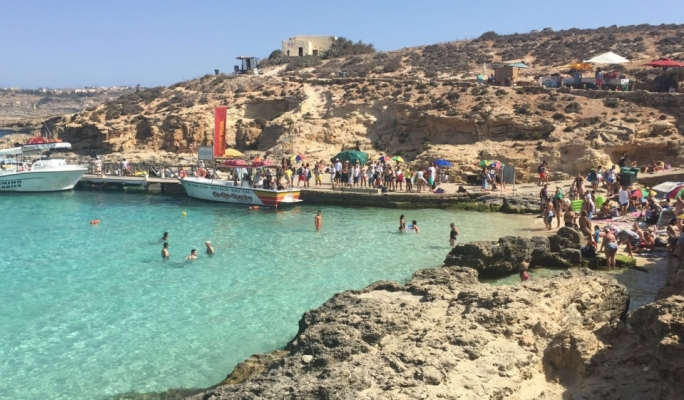 The ADPD condemned the government’s decision to build a concrete jetty at the Blue Lagoon, challenging the environmental authority and the Minister of the Environment to speak out.

In a statement released on Tuesday, the ADPD said the Blue Lagoon project is back on the agenda despite being put on hold two years ago.

The proposed works, which are being carried out by Transport Malta, were loosely approved in the latest budget which refers to “infrastructure works in the Blue Lagoon area”.

The ADPD said he was adamant that Comino, a Natura 2000 site, was well managed. “There can be no ‘balance’ between development and nature in Comino when what is called ‘balance’ simply means building Comino and marketing it until it is dried up for profit. private. ”

The party said achieving sustainability in Comino should mean limiting the number of tourists and rehabilitating the land according to good conservation practices.

“The ADPD calls on the general public and NGOs to continue to mobilize against the encroachment and destruction of the third island of Malta. Once something’s gone… it’s gone for good, ”he said.

“Comino should not be sacrificed for the benefit of a few. Comino is yet another victim of the hypocrisy of the Maltese governments – while pretending to be welfare, they have systematically destroyed open spaces under one pretext or another – of the infamous expansion of development zones into 2006 to the cession of public lands to private interests and powerful lobbies. today, ”they said.

Can we get lost in an Edina nature reserve? – Journal of the South West