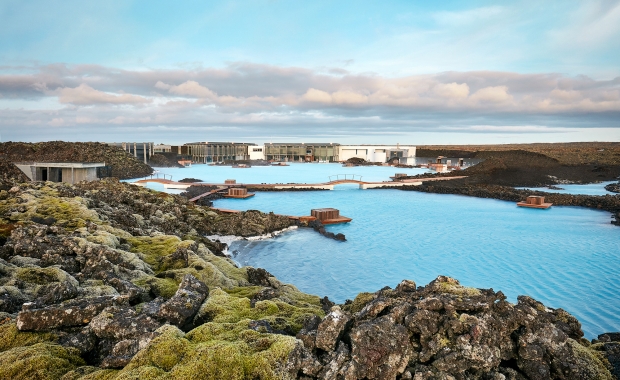 The Blue Lagoon reopened after being emptied and expanded

The Blue Lagoon, one of Iceland’s most popular tourist destinations, has reopened after being closed to the public for two and a half weeks. On January 5, the lagoon was closed and emptied so that the lagoon could be enlarged and improved. A significantly expanded and improved new lagoon opened on January 21. Two new coves were added and the lagoon expanded to over 3,200 square meters (34,500 square feet). In addition to enlarging the lagoon itself, a new refreshment bar and a new bar have been added in the lagoon.

The lagoon, its water and the silica that accumulates at the bottom of the lagoon are cleaned regularly with specially designed equipment. MargrÃ©t StefÃ¡nsdÃ³ttir of the Blue Lagoon explained to Iceland Magazine that although this was the first time the lagoon had been completely emptied since it opened at its current location, the emptying did not reveal any surprises at the bottom. “The entire lagoon body is renewed every 48 hours, and we also clean the lagoon regularly, so if something has fallen to the bottom, for example jewelry, it gets sucked out during this cleaning.”

However, she added that the cleanup revealed how the lagoon’s lava was coated with a solid white enamel. “It was quite amazing, white and beautiful.” DagnÃ½ PÃ©tursdÃ³ttir, the manager of the Blue Lagoon, told Iceland Magazine that the lagoon’s volume had increased from 6 million liters (1.6 million gallons) of geothermal seawater to 9 million liters (2.4 million gallons): â€œWe added two beautiful bays to the lagoon, and they look like they’ve always been there.

Blue Lagoon – book in advance or miss out