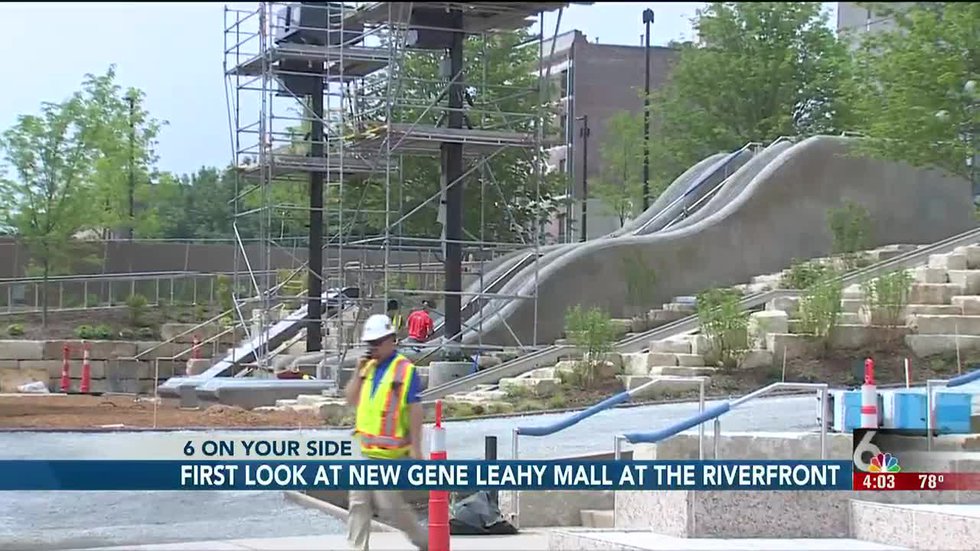 OMAHA, Neb. (WOWT) – In less than 20 days Omaha’s Gene Leahy Mall will open to the public.

For about three years, the mall has undergone a major facelift. On Monday, officials unveiled the mall’s new features.

One of the major changes was to bring the mall down to street level. The old trading center took people into an urban valley and separated the city center from the old market area. It was also dominated by a lagoon.

“You couldn’t really congregate at the old Gene Leahy mall because they had the lagoon there,” the president and CEO of Metropolitan Entertainment and Convention Authority said Roger Dixon. “It will transform downtown, going further into the Heartland of America park which will open next year and the Lewis and Clark Landing.”

The Metropolitan Entertainment & Convention Authority (MECA) will manage the new mall. They expect a lot of people who work downtown to take advantage of the space.

“With Mutual of Omaha coming in with their tower and bringing in 4,000 people, it’s going to be a great place. There are a lot of people working downtown.

It will also be a great place for people to visit and congregate. Katie Bassett is Vice President of Parks for MECA.

Bassett led a tour showing some of the new additions. There will be plenty of attractions for families, a place you can reserve for birthday parties or family reunions, and a brand new state-of-the-art playground.

“It’s not your standard playground equipment, but it’s all very personalized, very unique play, from a climbing wall, to a forest of ropes, to big orange arches for kids to climb and really explore,” Bassett said.

There will be a dog park on the mall with artificial grass. And a pavilion that will host a variety of events ranging from concerts to dance competitions. There will be a lot of new gear here, but the developers have been careful to preserve some features from the past.

“To preserve some of the most historic sites in the Gene Leahy Mall including the waterslides, the arch, the heritage statue near 13th and Douglas. Just having a bit of that nod to the past again too.

“We maintained part of the pond. This is the lagoon that passes under the 10th Street Bridge.

Omaha won’t retain the old postcard look of the city, replacing it with a different view that it hopes will draw more people to downtown.

MECA officials say the price tag to renovate the Gene Leahy Mall, Heartland of America Park and Lewis and Clark Landing is in the range of $325 million. 80% of this money comes from private donations.