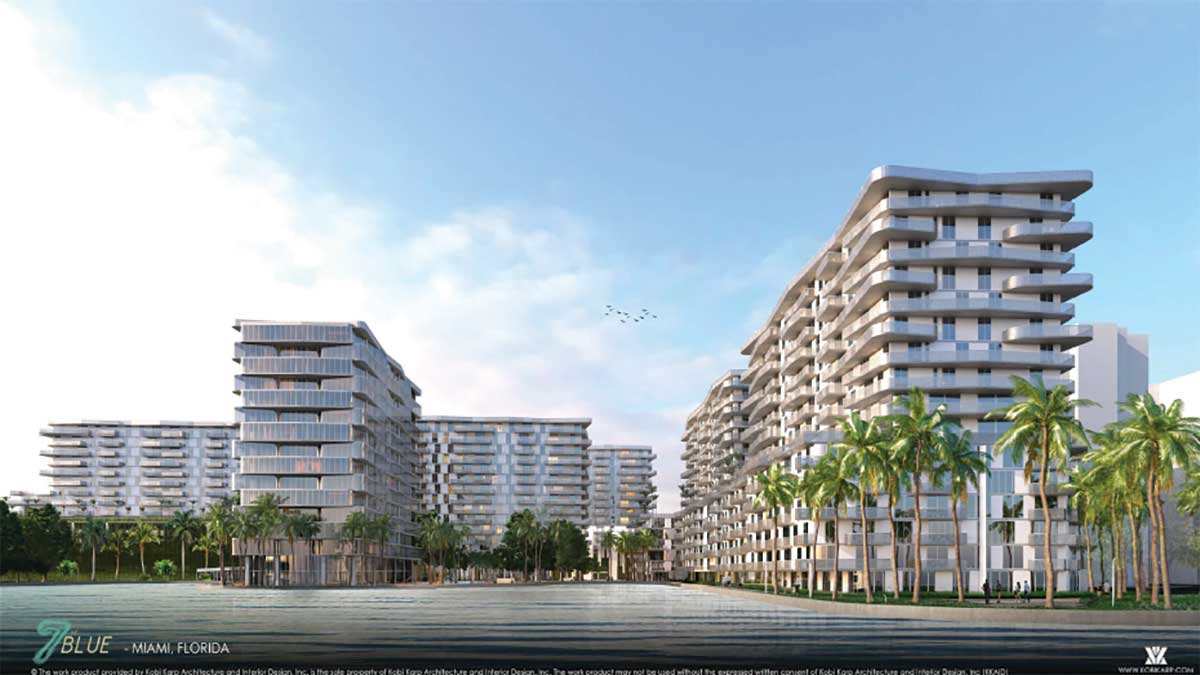 A major development set to bring hundreds of apartments and hotel rooms to land facing the Blue Lagoon near Miami International Airport has won zoning approval.

The Blue Lagoon towers will include half a dozen new buildings being built in phases on vacant land at 4865, 4875, and 4885 NW Seventh St.

Arguing for the rezoning on behalf of the owner-developer was attorney Miguel Diaz de la Portilla.

The zoning amendment increases the permitted height of structures from 12 to 16 stories.

Plans call for up to 888 apartments and 294 hotel rooms. Apartments should include affordable and labor-intensive housing, as well as market-priced housing.

Some neighboring condo owners were fighting the project, fearing the increased traffic would further congest streets in and around the Lagoon District.

The developer promised to improve this shared street, along with several other commitments in a voluntary statement of covenants filed with the city.

The panel’s final decision included approving and accepting the covenants offered by the applicant-developer.

■ The property will be developed substantially in accordance with a plan prepared by Kobi Karp Architecture & Interior Design Inc., dated August 16, 2018…received by the City Board of Hearing Boards on August 20.

■Nothing on site may be greater than 180 feet.

Other developer commitments include installing an aerator in the submerged lands adjacent to Blue Lagoon; provide public art for the on-site project overlooking Northwest Seventh Street; and donating up to $10,000 for a sign welcoming visitors to the Flagami/Blue Lagoon area.

The developer is to contribute $5,000 each to Henry M. Flagler and Kinloch Park Elementary Schools to support each school’s visual and performing arts programs.

Finally, the owner-developer must contribute $50,000 to the city’s Public Art Fund “for the express purpose of covering the costs associated with creating a cohesive public art plan, guidelines and criteria for the acquisition and placement of public art for the Blue Lagoon, Flagler Grove, West Flagler Park, Winona Park and Fair Lawns neighborhoods.