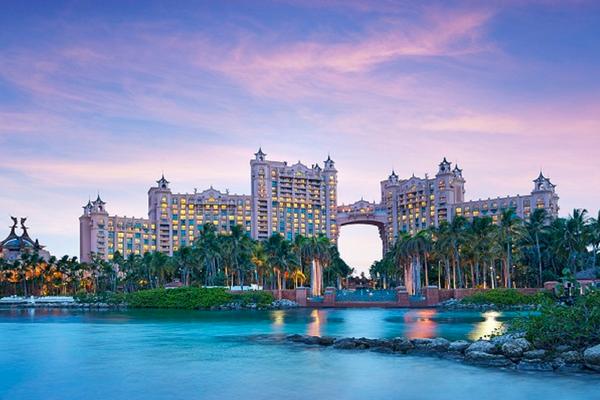 WHY IT RATES: Atlantis Paradise Island in the Bahamas celebrates 17 years of ocean conservation efforts through its nonprofit foundation, Atlantis Blue Project. With today being World Oceans Day and June being World Oceans Month, the resort is highlighting the hands-on interactions with marine life that are available to guests and fun ocean-themed offerings on the property. — Laurie Baratti, TravelPulse Associate Editor

Today is World Oceans Day, but Atlantis Paradise Island in the Bahamas is celebrating the oceans all month for World Oceans Month (June) as well as all year round, as it has done for 17 years through his nonprofit ocean conservation foundation, Atlantis Blue Project.

Atlantis Paradise Island always tries to involve its guests in the education and conservation of marine life. Here are activities — ranging from cute “ocean-themed” offerings to real-world examples of their awesome conservation efforts — that Atlantis is offering throughout June for World Oceans Month and all throughout the year.

Hands-on guest interactions and offerings to celebrate our oceans at Atlantis include:

— Explore the world’s largest outdoor marine habitat, located in Atlantis — The resort features 14 lagoons, eight million gallons of seawater and more than 50,000 aquatic animals representing more than 250 marine species, allowing customers to learn about the oceans most incredible inhabitants and how we can protect them.

– Drink and Eat “Blue” All Month of June – Guests can celebrate “Blue” all month long with ocean-inspired drinks and treats that support Atlantis Blue Project, including:

— Lionfish Tempura at Nobu – Lionfish is the ultimate sustainable seafood! Reducing the population of this invasive species is vital to protect native fish and coral reefs.

Here are some examples of how Atlantis is truly making a difference in our oceans:

– Helped preserve over a million acres of pristine habitat in the Bahamas, protecting the endangered smalltooth sawfish, green sea turtle and Andros iguana, as well as the protection of 10% of habitats in the Bahamas

— Rescued, rehabilitated and reintroduced 160 animals to their natural habitat

— Released over 7,500 hatched endangered green sea turtles into the wild

— Provided support to help repair the damage done to the Bahamas coral reefs by the recent hurricane.

— Building a Team of 165 Marine Experts — The Atlantis Foundation has a team of more than 165 marine experts — including biologists, aquarists, veterinarians and lab technicians — who rescue, rehabilitate and care for marine animals in Atlantis, and contribute to the research of more than 250 species.