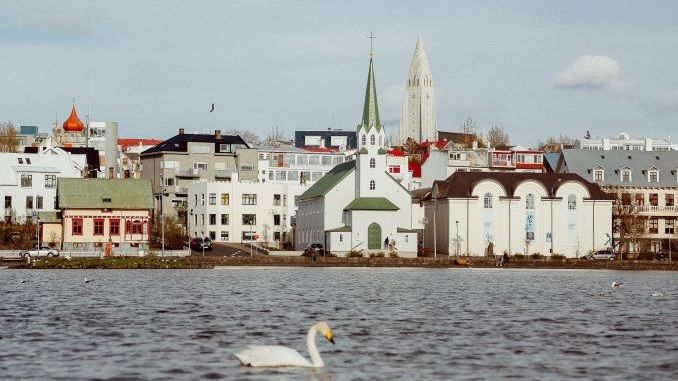 48 hours in Reykjavik: what you must do in the Icelandic capital

Iceland’s capital is your sophisticated gateway to all the ethereal fjords, glaciers, geothermal water, volcanoes, Icelandic horses, whales, nature and elves you can handle. Once considered a stopover city for an inexpensive gateway to Europe, Reykjavik is now a thriving hub for hipsters and expats.

Filled with quirky art and museums, trendy upscale and hygge and Michelin-starred restaurants, and hot springs, the land of the midnight sun and the northern lights has a special kind of magic and friendly, cheerful people. and artistic. Bjork still lives here, and Sigur Rós too. Reykjavik deserves at least two days, which will give you just enough to start working on that digital nomad visa for the land of fire and ice.

The whole town is within walking distance. Consider staying downtown, where most of the action is. A mid-priced hotel is the Grandi by Center Hotels in the creative district. The sleek but practical industrial stay has a bar and restaurant where you can socialize, and with its upscale hostel vibe, it nails the comfort factor.

Begin with a tour from the knowledgeable and charming guides of CityWalk Reykjavík to understand the history and orient you to downtown Reykjavik. Our guide informed us that Iceland is a country with no indigenous population, and the penultimate to have settled on Earth. Instead, Viking settlers from Norway came in search of a land of opportunity in the 800s. “Lucky” Leif Erickson discovered North America half a millennium before Columbus after being expelled from Iceland; you can find a statue of him downtown in front of the iconic Hallgrímskirkja.

The culture is predominantly Norwegian. While originally Catholic under the Danish crown, they switched to Lutheranism with the Icelandic Reformation in 1550. Besides the standard religions, Ásatrúarfélagið – a kind of 1970s pagan – and Zuism, a religion Modern Sumerian founded in the 2010s, are practiced among the 123,000 residents in Reyjavik and 366,000 nationwide.


The tour ends in front of Hallgrímskirkja Church, the largest church in the country, visible from almost any point in the city and shaped like a mountain with jagged lava-like edges. $11 takes you to the bell tower for an impressive panoramic view of the city and the glacier-capped Snaefellsjokull volcano on a clear day. This landmark leads to the famous instagram-worthy Rainbow Road on Skolavordustigur Street which was painted over for Pride Month but is now a staple of tourist photos.

Across the street is the cult Cafe Loki, a great place for lunch, simple and comfortable with reasonable prices. It only serves native cuisine like kleina (Icelandic donut), traditional meat soups, “plokkfiskur”, a fish stew filled with potatoes and onions, homemade rye bread and rye bread ice cream.


R.O.K Restaurant nearby is pleasantly chic and serves high-quality cuisine and beautiful cocktails in a relaxed environment inspired by nature. If you really want to splurge for dinner, try the only Michelin starred restaurant in Iceland, Dill with upscale, artfully crafted neo-Nordic and local cuisine, or one of the four Michelin plate winners: ÓX, Matur og Drykkur, Sümac and Moss.


Now you can shop. Stop in the famous 66° North, the Icelandic brand that equips the country with chic and practical weather equipment. Maybe buy a lopapeysa, or a patterned wool sweater. Icelandic Hand Knitting Association – Handprjónasamband Íslands svf sells knitwear starting at around $300. There are many ‘made in Iceland’ shops where you can find genuine lava home decor and felt soap, as well as several bookstores worth checking out. There’s also an H&M and Cos for affordable clothes, and Skolavordustigur is home to a variety of bars and restaurants if you’re looking for a quick bite.

Stroll along colorful residential fishermen’s houses and the old harbor where you can easily take a boat trip to Faxaflói Bbay the next morning to watch whales or see puffins. You can even take a quick trip to the more rural island of Viðey, where Yoko Ono designed the Peace Tower as a tribute to John Lennon.

The Reykjavík City Card, a one- or two-day pass for around $30 to $60, covers most of these attractions and is well worth it for access to the city center’s many museums and all the fabulous public geothermal pools. It also offers unlimited free city bus travel and discounts on tours, shops and services. The infamous, highly scientific Penis Museum downtown is unfortunately an exception to the discount.


Located near the old harbor between downtown Reykjavík and the North Atlantic, the Harpa Concert Hall and Conference Center is another major landmark, a modern honeycombed glass concert hall and conference center, home to the national opera house and symphony orchestra. Wander around just to marvel at the mirrored beauty. And from Harpa, it’s just a short walk to the Sun Voyager sculpture, a stunning outdoor exhibit resembling a Viking ship.

Outside of the city center but only a 15-minute walk away, Reykjavík’s historic harbor area has more peaceful open spaces. Tucked away inside former boat repair shops are now high fashion boutiques like Farmer’s Market. Stop by the famous neon colored Nom-Nom chocolate bar factory where you can get a beautifully designed handmade bar just like in the USA, only here at the flagship they serve ice cream. Originally built as a herring factory, Marshallhusidfor is a leading contemporary art museum. This is where the popular Flight over Iceland the immersive inner experience is; Similar to Disney’s Soarin’, this ride and multi-sensory experience lets you see distant parts of the ethereal island with the feel of your feet dangling overhead. If you’re craving more ice cream, an all-weather local favorite is Valdís, which has two locations in town. Try the Gray Salted Turkish Pepper Salty Licorice flavor. For a good meal, go Grandi Mathöll, an eight-vendor street food hall using fresh Icelandic produce to offer a range of dishes from Italian to fish and chips. One of the best dishes you can find there is the certified Icelandic lamb burger.


Here you will have to jump on a bus or a taxi. Although the Blue Lagoon is Iceland’s most famous geothermal outdoor spa, it’s about an hour from town. Sky Lagoon is a day spa just minutes from downtown Reykjavik and offers views of the Atlantic Ocean. You’ll arrive outside an authentic turf house and once inside you’ll be immersed in a seven-step ritual to cleanse and relax in a large, winding outdoor hot spring with a built-in bar. There is a cozy but luxurious restaurant, the Smakk Bar, for after bathing, serving tasting menus (try the local smoked salmon), teas, cocktails and desserts. After a long flight, and maybe before another, this is a must.


Alyssa Pinsker is an award-winning travel writer and writing and editing coach based in Boulder, Colorado. She has visited 45 countries to date and lived in five. Follow her on @girlgoneglobal or visit alyssapinsker.com.

“Where the Crawdads Sing”: “Blue Lagoon” meets “Murder, She Wrote”