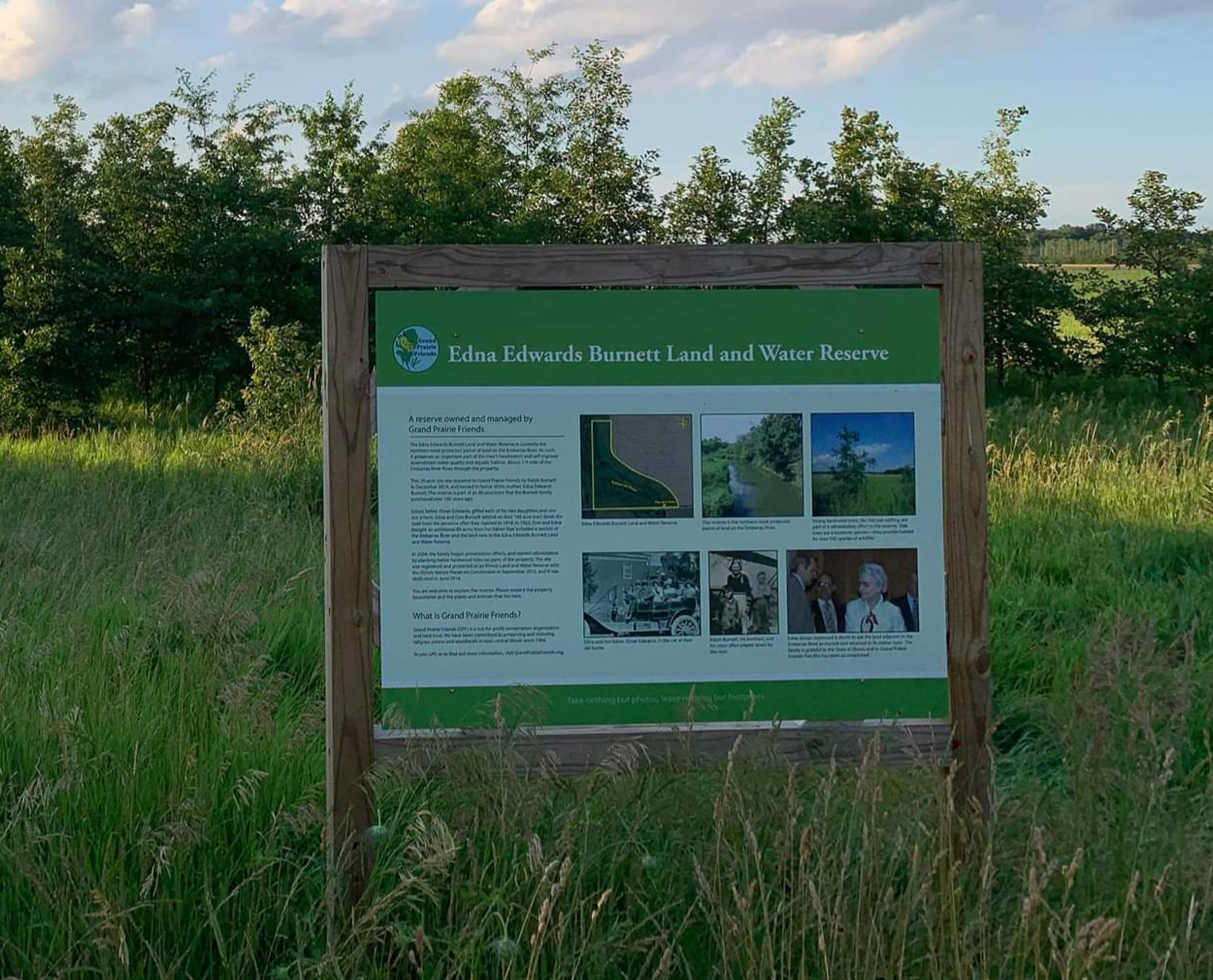 The project will support bat habitats

RURAL VILLA GROVE, Ill. (WCIA) – A member of an east-central Illinois family whose name appears on a recently expanded nature preserve said it was a joy to see the family legacy continue.

Grand Prairie Friends, a group that restores open spaces in several area counties, said the Edna Edwards Burnett Land and Water Reserve goes from 20 to 80 acres after a sale of Ralph Burnett’s estate. The preserve is located at 1466-1498 County Road 100 North, Tolono, although the newly added acres are closer to Villa Grove.

Gary Burnett is the son of Ralph Burnett and the grandson of Edna Edwards Burnett. He said the land had been in the family for about 100 years. Burnett said the process to hand over the original 20 acres began in 2014 and ended in 2015. Then, in 2019, Grand Prairie Friends approached the family to purchase the remaining 60 acres. Ralph Burnett died in May 2021 at age 97 before he could see the project complete. But the family has crossed the finish line.

“It’s hard to let go of something you’ve had for a long time, but having it in Grandma’s name and honoring the family legacy is pretty special,” Burnett said. “It just means a lot to the family to keep the name in this area. It’s quite special.

Burnett, who himself works in conservation in Montana, said Grand Prairie Friends would study the bats on the preserve and take steps to preserve their breeding habitats.

Burnett said family members hope to gather at the reservation this spring to celebrate the expansion.