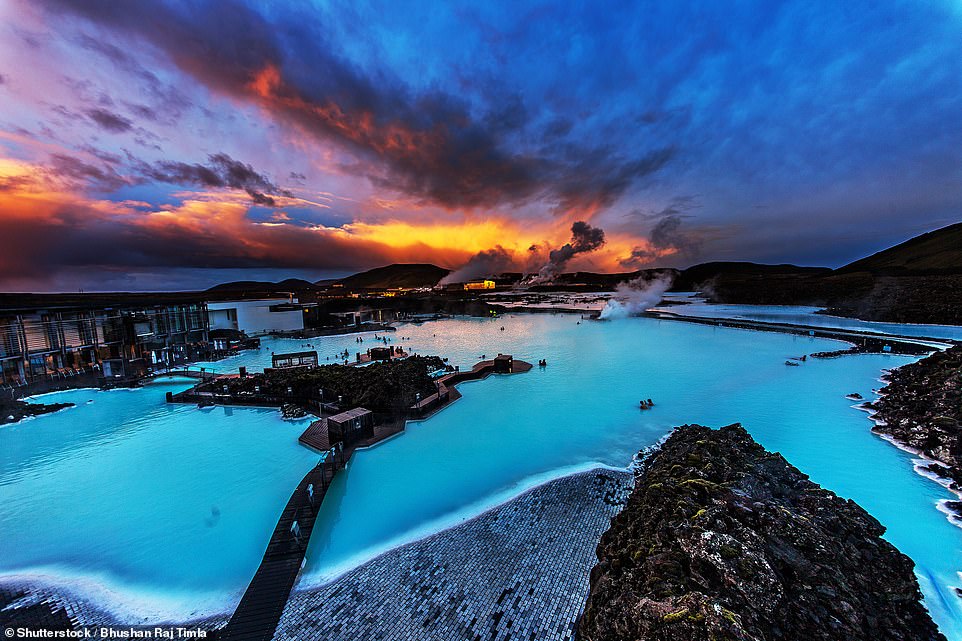 Explore the retreat at the Blue Lagoon, Iceland’s ultimate hideaway

Every day, those looking for Iceland’s most perfect Instagram photo will get up at dawn, just so they can tag a photo of a deserted and pristine Blue Lagoon.

On one side of the lagoon, however, is The Retreat, which takes Iceland’s most defining experience – bathing in its milky blue geothermal waters – and elevates it to new levels.

The pools here are just as blue as the main lagoon, the vapor just as alluring, but you only share it with a handful of people. Even before Covid-19, staying here was about both social distancing and privacy.

Every day, those looking for Iceland’s most perfect Instagram photo will get up at dawn, just so they can snap a shot of a pristine, deserted blue lagoon. 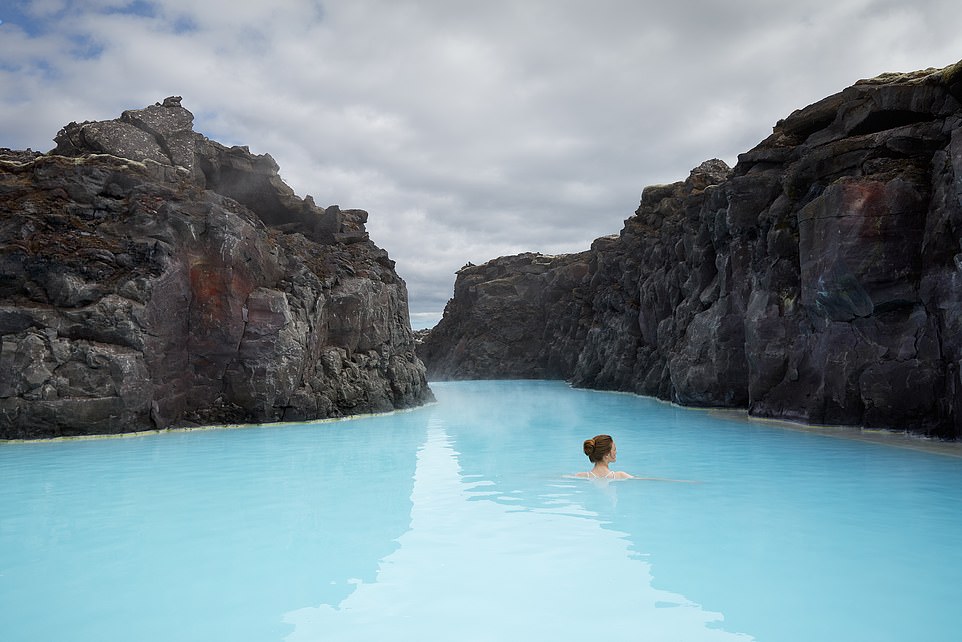 Serenity: A milky blue pool at The Retreat, a luxurious spa with 62 rooms and suites

You have to brag about being on social media, especially when a stay here costs at least Â£ 1000 a night. However, pull out your camera phone to capture a snapshot of this perfection and one of the staff will gently stop you. The reason: There is a solid layer of the rich and famous at The Retreat.

During my stay, a famous TV presenter and internationally acclaimed cheekbone actor are both in situ, sporting the same terrycloth dressing gowns and messy spa hair as the rest of us.

Despite how basic it looks, the Blue Lagoon is a combination of nature and human ingenuity. The mineral-rich seawater first came out of a geothermal power plant in 1976 and locals began swimming in it, finding it helped their skin. Turnstiles for day visitors were added in 1985.

The Retreat was only added in 2018 – a spa with just 62 rooms and suites, all imbued with Icelandic serenity; leather armchairs, sleek oversized slate bathrooms, and floor-to-ceiling windows.

My suite has roughly the same proportions as my London apartment but with the added bonus of a large balcony. The larger suites even have their own Blue Lagoon area for swimming. The common areas are very unusual; a double height lobby with large bay windows opens even more onto the lagoon. I have the impression of being overwhelmed by space.

Everything about the Blue Lagoon makes me want to pull out my phone and check it in. Instead, I end up trying to remember it in my head; languid late morning sunrises, frost covered moss, glistening in the sun, with the smell of wood fires in the lobby at night.

And The Retreat is adorably warm. Excess geothermal energy provides underfloor heating that keeps everything warm; it’s pretty much accepted that you’ll want to pat yourself all over your terrycloth dressing gown. 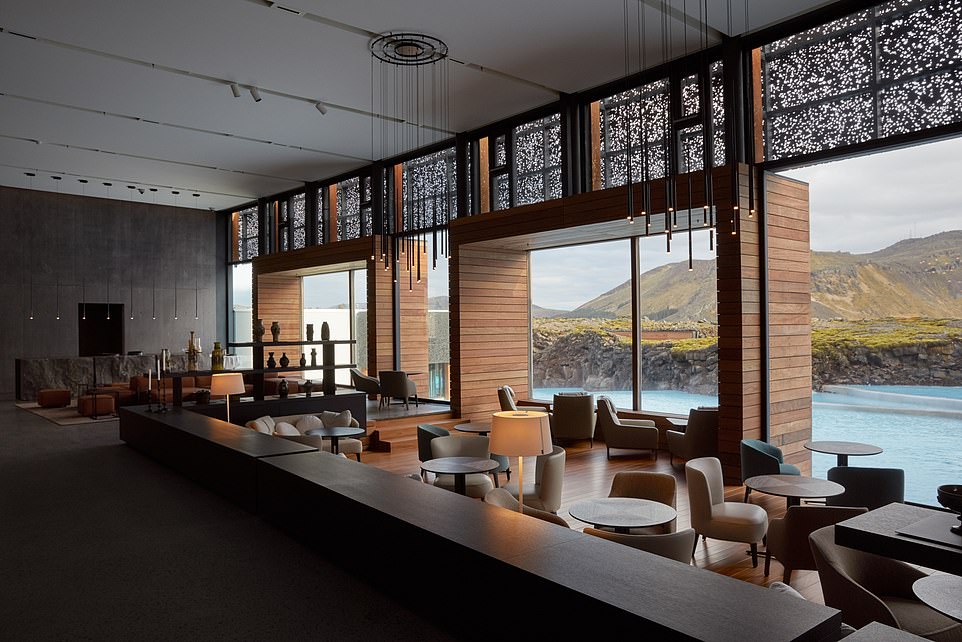 It costs at least Â£ 1000 per night to stay at The Retreat. In the photo, a lounge area

What keeps the place from being too cloistered and quiet is its sense of fun. Next to the spa restaurant is a hatch that allows people in the pools to order drinks and sip them while turning (and that’s probably just me) a sweet lobster color.

And despite its name, one of the spa treatments, The Ritual, is more of a kid’s DIY fantasy of getting covered in seaweed and mud than any notion of spirituality.

In rooms, the minibar is raid free, and for everything else – including going to the master key for another glass of wine – guests are given electronic wristbands that allow you to bill for drinks and meals without having to sign. anything.

The rest of Iceland, when you step out of The Retreat (and you really should), is just as ingenious as the Blue Lagoon, like a geographically high-powered excursion, complete with volcanoes, geysers, and tectonic plates. You walk through a Doctor Who-meets-Game Of Thrones landscape; a sea of â€‹â€‹lava rock strewn with moss and puffs of geothermal steam. As you travel, you will see giant glass houses light up the surroundings.

â€œVast greenhouses,â€ said our taxi driver. â€œWe grow tomatoes, vegetables, herbs and fruits. Some of that food goes into The Retreat, especially in Moss, where tasting menus and wine flights combine at one of Iceland’s best restaurants.

Not all photographs are prohibited; only in the spa and lagoon areas of The Retreat. Elsewhere, staff will be taking photos of you, using The Retreat’s own phone, as long as no one else is in the photo.

Another photo opportunity comes with the chance to witness the Northern Lights – and each room has a few stylish plaid wool ponchos so you can stay toasty warm as you rush to see them, which I did just as I was leaving Moss in the evening. What looked white in the sky was captured, in the slow exposure of my phone, as glorious green bars in the sky.

Treatments also take place in another private section of the lagoon. Lying on a float, you are soaked, turned and twisted by a therapist as the water and steam surround you. It was one of the most amazing hours of my life.

In the end I was left floating – Viking ship style – and felt like I had had a full factory reset, but with everything stored in my internal memory.

The no-frills but upscale Fosshotel Myvatn (islandshotel.is/hotels-iniceland/fosshotel-myvatn) in the northwest has 92 rooms, the most beautiful overlooking Lake Myvatn and a restaurant with views over the fields of wash. Double rooms on a single room cost from Â£ 87 per night.

To the east, Seydisfjordur looks like the Iceland visitors want to experience: a collection of colorful and picturesque wooden houses at the mouth of a fjord, surrounded by waterfalls and mountains. The Snaefell hotel (hotelaldan.is/hotel-snaefell), built in 1908 and once a local post office, has real charm. Double rooms cost from Â£ 163 a night.

Near the fierce 100-foot-high Gullfoss Waterfall, Torfhus Retreat (torfhus.is) opened at the end of 2019. It’s another seclusion-focused place, with just 25 turf-roofed homes. , each accommodating four people. 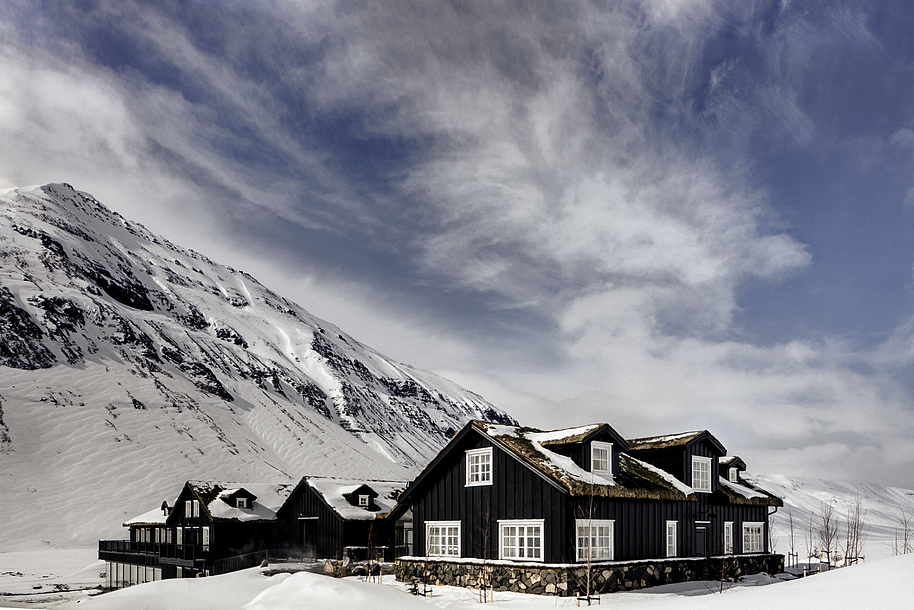 There are individual hot tubs carved out of the basalt, plus a chic restaurant and designer touches of humor, including a sofa made from an old fishing boat. Double rooms cost from Â£ 607 a night.

The chic and action-packed Deplar farm (elevenexperience.com/deplar-farm-iceland-winter) in the most remote north of Iceland, specializes in mountain biking, mountaineering, fly fishing and surfing ; with helipads to help get all the action moving, plus a spa and studio with guitars and drums for downtime.

Rooms cost from Â£ 1,370 per night including all activities, meals and soft drinks.

From blue to green: the Blue Heron nature reserve celebrates its 20th anniversary with milestones