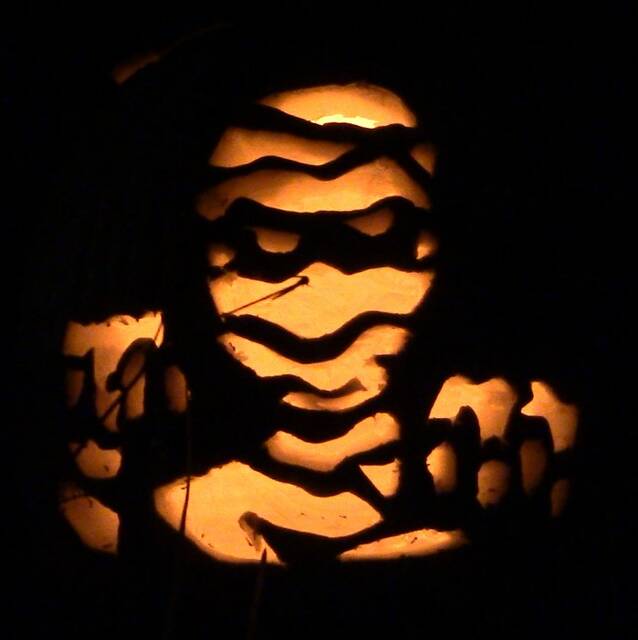 “This is a community sponsored event. Businesses, clubs, church groups, school groups, individuals and civic groups participate. They get together and decorate (carve) the pumpkins and put little tealights in them and then bring them to the reserve to donate the week of the event,” Felice said.

He said pumpkin donations could not be accepted until October 24, to ensure the carved creations were in good condition for the event.

Some organizations that donated in the past were St. Patrick’s Church, Maysville Younger Women’s Club, and Maysville Rotary Club to name a few.

Felice said the first year the reserve held the event, 200 pumpkins were donated and 400 the second year. He hopes to see even more this year.

According to Felice, the pumpkins will be lined up on the lake trail which is closest to the parking lot and the trail usually takes 30-45 minutes to walk for most people.

“It’s a lovely little walk and it will be 100% fun time, I want to encourage everyone to join in and then come out and see their pumpkins all set up. That’s what most people love, see what their pumpkins look like set up and all lit up along the trail,” he said.

He said the best thing is that even the simplest pumpkin designs look fantastic in the reserve at night as it remains very dark on the property.

According to Felice, at the end of the “Pumpkin Glow”, a representative from the ION Center set up a table where donations will be accepted.

“In addition, there will be apple cider with cinnamon sticks passed out and the children will be given sweets before they leave,” he said.

He said no registration is required to donate or be part of the event and parking will be easier than normal as there will be attendants directing the cars.

“Just want to say how much I appreciate all the community support we have here. The ‘Pumpkin Glow’ is for one of the best causes we have here in Maysville (the ION Center) and I encourage everyone who can to participate,” he said.