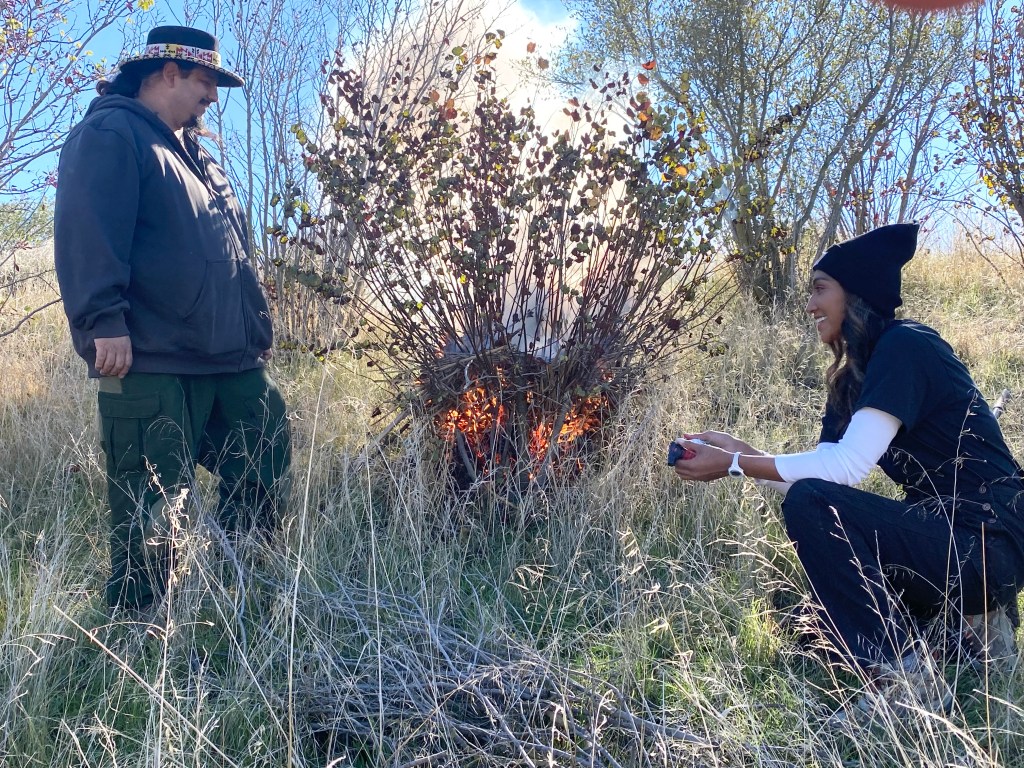 An uncontrolled fire – hot and out of control – is something to be feared and avoided. But a controlled fire – kept small and under tight containment – ​​can manicure a landscape that will benefit both plants and animals.

In recent days, Woodland’s Cache Creek Conservancy has become a test area for a series of “cultural burns” to get rid of invasive and overgrown plants.

The demonstration workshop was hosted by several State and Yolo County Fire Departments in accordance with First Nations traditions. Called the “Leok Po” (pronounced lay-oak poe) fire, the event was essentially a way to teach firefighters and others how to safely manage overgrown and untended grasslands and forests in order to prevent future conflagrations.

It was organized by the Cache Creek Conservancy and the Conservancy’s Care and Gathering Garden Advisory Committee.

“Leok Po” in the Wintun language means “Good fire”. The Wintuns are the predominant First Nations people of Yolo County.

The event kicked off Thursday morning when no less than 100 firefighters toured the Conservancy, mapping burn sites and learning about the terrain’s topography.

As some firefighters roamed the area, others met and spoke with Diana Almendariz of the Gathering Garden Advisory Committee to learn how tule reeds and cattails were once used to ignite and burn tall grass.

Almendariz, who spoke under blue skies with 12-mile-per-hour winds keeping temperatures high, demonstrated how First Nations people would have gathered and bundled tule grasses and reeds. Almendariz then asked the “students” to create their own packages while explaining that much of what she told them came from her “instincts”.

Much of his teaching was based on years of experience coupled with cultural memories because local indigenous people used oral history to pass on their traditions.

This story is now full of gaps because so many First Nations people were killed over the years by settlers.

According to Cache Creek Conservancy Executive Director Nancy Ullrey, the recent California wildfires and the passage of SB 332 have sparked interest in “traditional ecological knowledge,” particularly on the use of low-intensity fires.

“There is a need to educate fire professionals and the public on the difference between cultural fires and beneficial fires (officially called prescribed burns),” Ullrey said. “Both types of fire can be good, and in some ways the results are similar, but the intent and purpose of each differs.”

Almendariz is a Wintun-Maidu elder, who teaches traditional ecological knowledge throughout Northern California. She regularly passes on First Nations traditions to the Conservatory, such as gathering acorns for food, basket weaving, and other age-old rituals and ways of life.

She was assisted by Danny Manning, a Maidu cultural expert from the Greenwood Rancheria in Plumas County, who demonstrated how First Nations people started fires and then strategically placed them in areas that needed clearing.

In one example, Manning set fire to a red tree with the help of Melinda Adams, who is Apache, and a Native American studies graduate student at UC Davis who studies the effects of cultural burning on ecological health. .

The small, smoky fire burned away excess growth under the tree while Manning and Almendariz said recent rains kept the fire small and under control.

Before setting the fire, Manning spent his time showing firefighters how to use the acorns to make meals and flour as well as soup.

This was one of the reasons, he said, why First Nations people charred the areas under the oak trees. The small fires would “burn off the bugs” and make it easier to pick up fallen acorns.

At the Conservancy on Thursday, some places were set on fire, while others were set to be burned later in the weekend.

In all, there were five fire sites, each with its own fire crew. One of the burned sites was the maintenance and assembly garden itself. The demonstration garden was established in 2003 with funding from Yocha Dehe Wintun Nation.

Bow In The Clouds Is A Hidden Michigan Nature Preserve