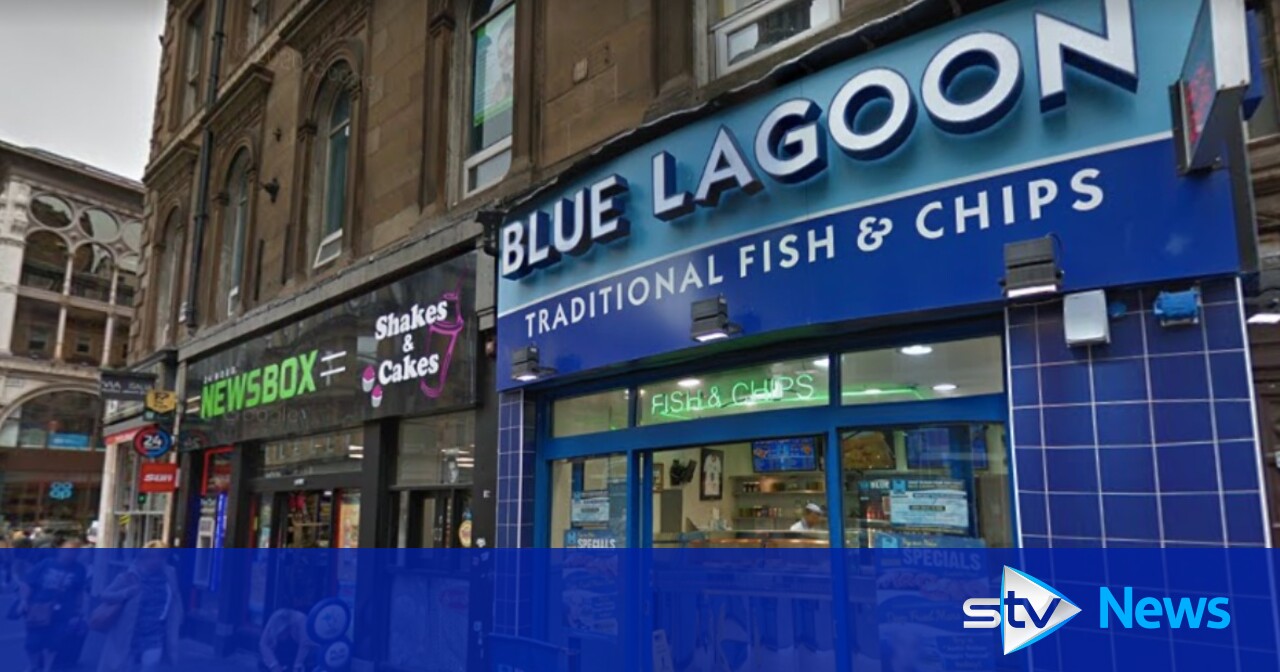 Bosses are considering taking over nearby 24-hour convenience store Newsbox and have asked Glasgow City Council for permission to change use.

The new development would include a sit-in restaurant on the B-rated Gordon Street site, as well as the current takeaways.

Plans submitted on behalf of Blue Lagoon stated: “The owners and occupants of Newsbox are to cease business operations and will sell the unit, which has expanded the existing Blue Lagoon take-out service to create a seating area for the restaurant .

“The proposed development would allow the existing fish and chip shop premises to be extended, to create a single operation offering a sit-down restaurant while retaining the existing dedicated takeaway offering which currently operates at 69 Gordon Street,”

The extension would operate between the same hours as the chippy, which is 9 a.m. to 5 a.m., seven days a week.

Depending on the application, a frameless glass front would be provided on both units.

He said: “The proposed extended use would encourage visitors and residents to stay longer, thereby enhancing the viability and vitality of the area.”

About 20 full-time and part-time jobs would be created by the extension, the plans added.

“The proposed changes to the unit have been developed to protect and enhance the character and style of the listed building and to provide a unit which will meet the needs of the restaurant for the foreseeable future and furthermore the proposal will facilitate the growth of a well-established business there.

The application is currently being reviewed by municipal planners.