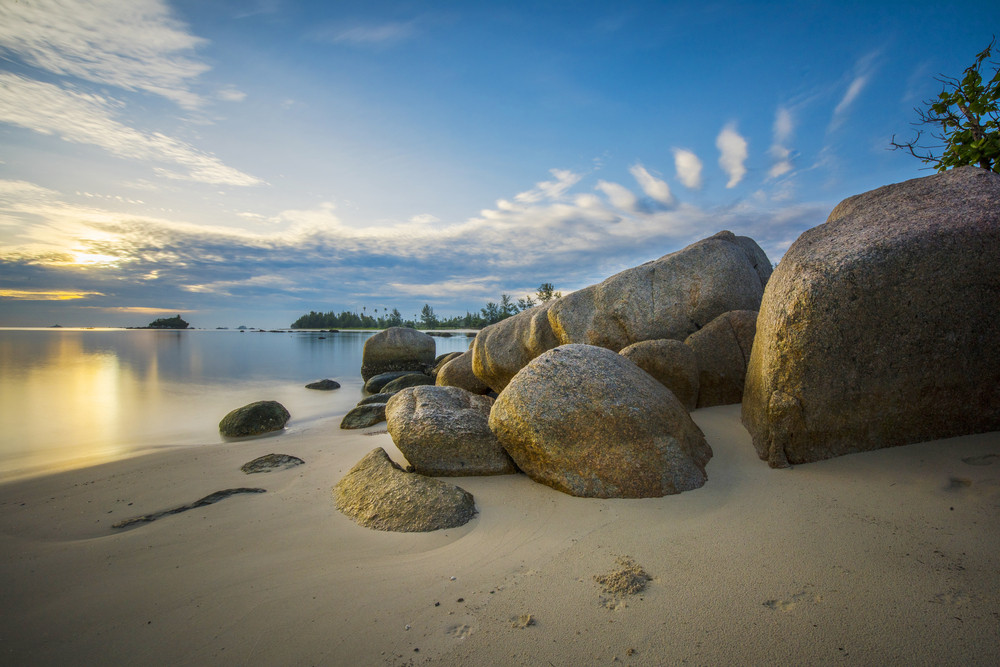 After 26 years, the popular Bintan Lagoon Resort getaway is bidding visitors a final farewell to the COVID-19 pandemic, which has wreaked havoc on travel and tourism around the world.

Buralimar, head of the Bintan Tourism Board, said declining visitors and revenue from tourism caused the five-star, 450-room resort to disappear.

A July 31 report filed with the Bintan Regency Manpower Office showed that 500 employees at the complex were laid off.

The resort is approximately 60 minutes by ferry from Singapore at Lagoi on Bintan Island, part of Indonesia’s Riau Archipelago.

As the resort closed for the last time, Mr Buralimar told the Straits Times on August 12 that the rest of the Lagoi area resorts and hotels remained in operation serving domestic tourists.

There are about ten establishments of this type, mostly in the north of the island.

Mr Buralimar, who has a unique name, said: “There are no plans to rehire or redeploy the 500 workers who have been made redundant.

“For now, the rest of the hotels welcome Indonesian domestic tourists.

“Maybe the Bintan Lagoon Resort was suffering from having too many employees.”

The island has golf courses, nature trails and places of entertainment, many of which are connected to the various resorts.

International events like the Bintan Ironman, the Bintan Triathlon and the Tour de Bintan have been postponed this year due to the COVID-19 pandemic.

The Tour de Bintan, a cycling event, typically sees more than 1,500 international participants and twice as many visitors to the island, Buralimar said.

From the Bandar Bentan Telani ferry terminal, visitors to the island make a short drive to their hotels, after passing through security checkpoints.

However, the ferry terminal, accustomed to a large influx of tourists, has fallen silent due to travel restrictions to Indonesia.

The Jakarta Post reported last month that the pandemic had wiped out nearly US $ 6 billion ($ 8.2 billion) in Indonesian tourism revenue so far this year, while more than 95% of workers in the sector tourism were put on unpaid leave.

Buralimar said Singaporeans made up more than 50% of visitors to Bintan and Batam Islands, followed by Malaysians and Chinese tourists.

Without visitors, Bintan’s tourism industry has taken a hit.

Read also: Indonesia asks Singapore to reopen its borders while Bintan is “ready to receive tourists”

“To date, around 14,000 employees have been ordered to stop work as hotels downsize,” Buralimar added. “We are helping some of those who have been made redundant with rice and other food items. About 8,000 of them received ad hoc assistance.

While the outlook may seem dire, he hopes tourists will return to the island soon.

He said authorities consider safety and health protocols for COVID-19 as their top priorities.

“Our resorts in Lagoi are isolated from the general population of Bintan,” Buralimar said.

“By following international health measures and guidelines, the likelihood of infection is low. These resorts also have their own ferry terminals, separate from those used by the general population.”

However, the authorities in Bintan are not rushing to open its resorts to international visitors pending the outcome of discussions between the Singaporean and Indonesian governments.

“Our position is the same as Singapore’s – we consult our government agencies and depend on their findings,” Buralimar said.

“If there is a lesson here, we need each other. Our livelihoods are all linked.”

The Straits Times has contacted Bintan Lagoon Resort for comment.