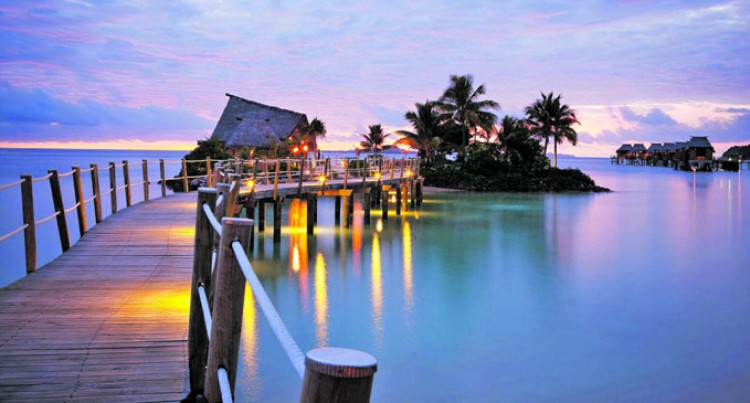 Another first in Fiji for the Likuliku Lagoon Resort

Likuliku Lagoon Resort, a huge multi-award winning Fijian resort, is delighted to announce that it has been accepted as a National Geographic Unique Lodge of the World (NGULW) –

The huge Fijian multi-award-winning Likuliku Lagoon Resort is delighted to announce that it has been accepted as a National Geographic Unique Lodge of the World (NGULW) – the first and only in Fiji and one of only two in the Pacific. .

When Likuliku Lagoon Resort opened in 2007, it led the way in Fiji with the country’s first and only overwater bures / bungalows and immediately set new benchmarks in food and service.

Over the ensuing 11 years, the Resort has earned an enviable reputation for excellence while continuing to set new benchmarks not only for service and experiences, but also for environmental practices.

National Geographic Unique Lodges has rigorous, uncompromising standards, and being accepted into their portfolio of Lodges is a testament to the excellence that Likuliku has achieved.

And, like all exclusive unique lodges in the world, Likuliku chooses to tread lightly – celebrating nature rather than conquering it, supporting cultural heritage and engagement with local communities, in addition to providing an authentic and essential Fijian experience. in a virgin ocean and wild environment.

“We are honored that Likuliku Lagoon Resort has been selected to join this extraordinary and prestigious collection of boutique accommodation across the world,” said Steve Anstey, Ahura Resorts, Group Managing Director.

“Becoming a member of the National Geographic Unique Lodges Collection – with its esteemed worldwide reputation for hospitality, conservation and cultural experiences, was a natural fit and a step forward for us. “

Mr Anstey said: “We have always been environmentally minded as it should be when building and operating in pristine areas. During construction extraordinary care and attention was taken to protect natural resources, including our reef and forest areas which have always been designed to be a focal point of the Likuliku experience.

“Programs based on marine flora and fauna, including turtle conservation, planting of corals and clams, and consultation with the local community to install marine protected areas on reefs to improve stocks of fish, have been in place since our opening. ”

Likuliku’s environmental initiatives took a dramatic turn in 2010 when a single Fijian crested iguana “Brachylophus Vitiensis” was found in Likuliku.

The Fiji crested iguana is listed as Critically Endangered (CR) on the 2007 IUCN Red List (1), and listed in CITES Appendix I and is believed to have been extinct on the island of Malolo because there had been no sightings for over 30 years.

Like most animals on the brink of extinction, the disappearance of the Fijian iguana is largely due to the destruction of their natural habitat, which in the case of the Fijian crested iguana, is dry forest.

Through urbanization and development, the complex and diverse ecosystem of the dry forest has been drastically diminished, and with the introduction of non-native animals – including rats, cats, mongooses and goats – which eat iguanas or compete for food sources, iguanas have simply disappeared over time.

Dry forest once covered most of the islands of the Mamanuca group, but today only 1% of this ecosystem remains in the country, making it one of the most threatened on the planet.

On the island of Malolo Levu, only three percent of the dry forest remains.

Since dry forests are crucial for the survival of the Fijian crested iguana and other wildlife, Ahura Resorts has embarked on a major regeneration and restoration program.

He established the first dry forest nursery in Fiji on Likuliku Island and using a scientific method, focused on growing 12 particular species which, when planted in a 10m x 10m grid, would provide a prototype of dry forest suitable for the habitation of crested iguanas.

Over a period of four years, this reforestation initiative, coupled with a controlled program to eradicate invasive species, especially cats and rats, began to bear fruit.

Prior to this time, the iguanas found were accidental.

Suddenly they were visible in nature but still in small numbers.

This enabled the launch of a capture, tagging and release program to track and monitor iguana activity in the wild.

Additionally, Likuliku was licensed to keep and breed crested iguanas in captivity and is now caring for four breeding pairs.

Likuliku is the only facility in the world to hatch captive iguana eggs under natural conditions, i.e. not in an egg incubator.

Fijian owner of Likuliku, Tony Whitton, said: “Being part of this extraordinary and internationally renowned global network, and being associated with the historic organization of National Geographic, is the culmination of all that has been done for our young resort company and the product is Likuliku Lagoon Resort.

“It’s a world stage like no other, and being the first and only one in Fiji is a credit to the Ahura team for creating a product worthy of this kind of attention and inclusion”