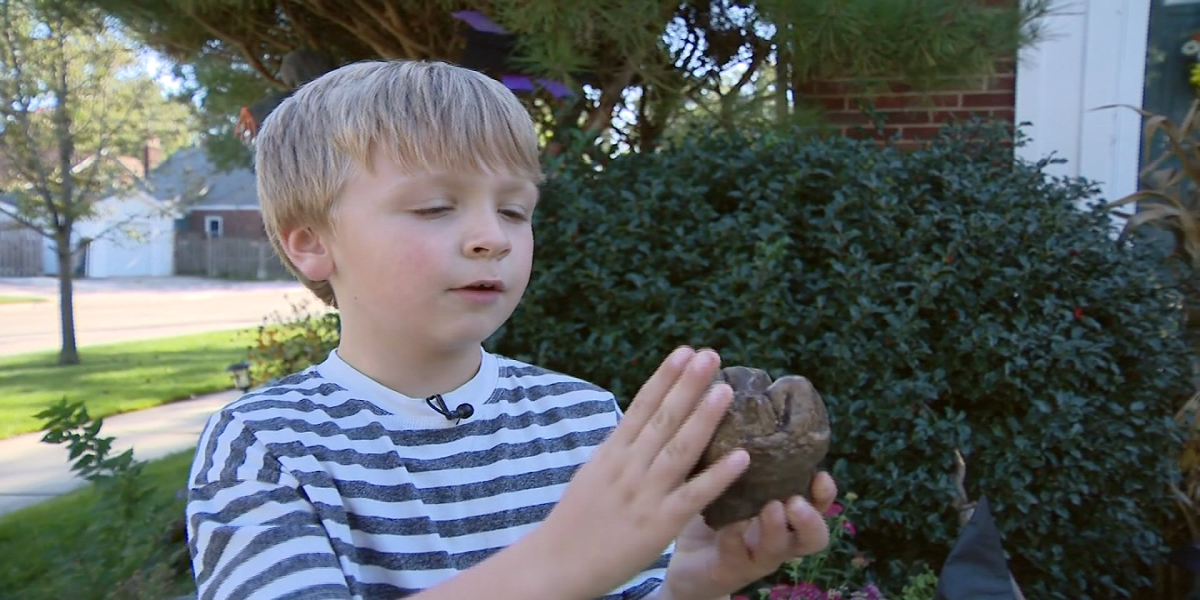 A 6-year-old boy discovered a 12,000-year-old mastodon tooth while walking with his family in Michigan wildlife to preserve.

Six-year-old Julian Gagnon was walking with his family at Dinosaur Hill Nature Reserve on September 6 when he came across an object he initially mistook for a “dragon’s tooth,” according to his parents.

Gagnon told the media, “I just felt something on my foot and grabbed it, and it felt like a tooth.”

Gagnon’s parents allowed him to take his find home, where the family examined it more closely and discovered that it may have been a fossil.

The find was recognized as the upper right molar of a juvenile mastodon, a species that lived in Michigan about 12,000 years ago, by the University of Michigan Museum of Paleontologists.

According to Adam Rountrey, director of research and collections at the Museum of Paleontology, “Mammoth and mastodon fossils are relatively rare in Michigan, but compared to other places in the United States, there have actually been more occurrences”.

While mammoths and mastodons are known to have lived in Michigan, experts say finding them is rare because the animals’ bodies are usually devoured by scavengers before they can form fossils.