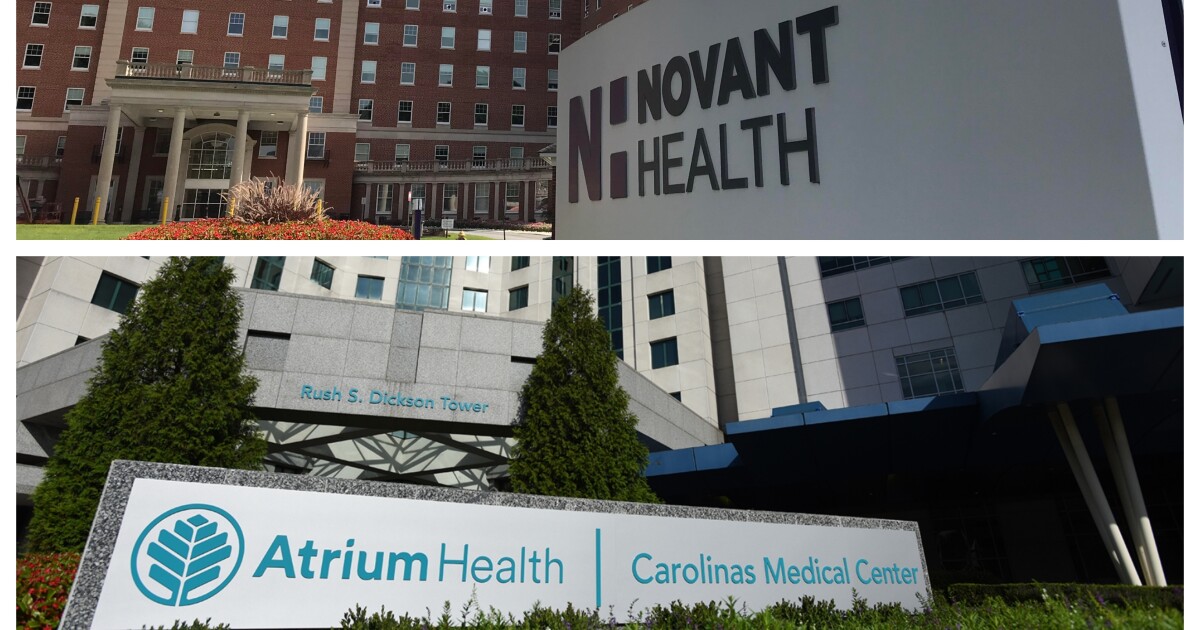 Some North Carolina hospitals that reported losing money treating Medicare patients actually made money treating them. That’s according to a new report from the state treasurer’s office, which reviewed federal Medicare records. The report found that Charlotte-based Atrium Health had the biggest difference between its Medicare-reported losses and its self-reported Medicare benefits.

It is according to Charlotte Ledger Business Newsletter. For more, WFAE’s Marshall Terry speaks with Ledger’s Tony Mecia.

Marshal Terry: Tony, what was the difference?

Thus, Novant had the second largest gap between the two. He claimed losses of around $600 million, while federal government reports said he lost less than $100 million.

Terri: OKAY. So what is behind these discrepancies?

Mecie: Well, I probably don’t have to explain to you that hospital billing and the cost of health care – it’s a very complicated subject. And so what we really have here are two different reports. We have the figures that Atrium reports that it spends on charitable care for Medicare patients. And then we have the number he reports to the federal government regarding his finances on Medicare patients. Those are two different things. And the way it breaks down the costs and the actual cost of something when it comes to health care can be quite different.

I mean, we can sit here and we can say, “well, how much does it cost Atrium to perform gallbladder surgery?” Sounds like an easy question, but it’s actually a very complicated answer because in healthcare, not only do you have different costs that come into play, but how much do they allocate for the space of the bedroom ? Various doctors? Anesthesia? But you also have contractual rates. And so how much people pay depends a lot on who they are insured for.

Does the money come from the federal government? Don’t they have insurance? These are all very different rates. And so these two different ratios are really measuring different things. And so, you know, it’s a very opaque health care costing process. This sheds a little more light on this, but certainly not the end of the discussion.

Terri: How did Atrium and other hospitals react to this report?

Mecie: Well, Marshall, they don’t like that. They say that’s not entirely accurate. As you know, Atrium and Novant, and many other large hospitals are not-for-profit. And the reason they are classified as non-profit organizations is that they have a charitable mission of providing health care. You know, they don’t pay property taxes or income taxes. That kind of undermines that idea.

Atrium said in a statement to Kaiser Health News that it believes the numbers aren’t entirely accurate. He says he thinks he’s wasting money on health insurance.

The North Carolina Health Care Association, which represents hospitals, said this latest report from the state treasurer is part of a series of reports that have used misinformation and half-truths that draw inaccurate conclusions.

Terri: And has State Treasurer Dale Folwell mentioned if he plans to do anything about the report’s findings?

Mecie: Well, that’s really just additional information coming out. You know, he presents it as providing more transparency in the operations of hospital systems. He has often criticized the size of hospital systems, the way they price their procedures – a criticism of the mergers they have undertaken.

You know, he’s in charge of the state health plan. It therefore has an interest in keeping prices low.

But it’s also worth mentioning, Marshall, that Dale Folwell is a Republican widely considered to be a candidate for governor in 2024. So there’s a political dimension to that as well.

Terri: OK. Well, not far from Charlotte’s hospitals is Independence Park in the Elizabeth neighborhood. And you report that changes are coming to the park. Please tell me they don’t make room for more apartments?

Mecie: Well, Marshall, that’s a good guess in Charlotte. But in this case, it is not correct. You’re right. The county is redoing Independence Park. It has been under construction for several months. It’s a $5.9 million project. We will add winding paths and natural elements.

The interesting thing here is that they’re going – we had an article in The Ledger this week about it – they’re going to restore it more to the vision of its original landscape architect John Nolan. John Nolan is quite well known in Charlotte. He designed the Myers Park neighborhood and many other places. And so it really goes back to that earlier view of the park over 100 years ago.

Terri: Now for an update on remote work, at least for one of Charlotte’s biggest employers, Bank of America. In a recent memo to employees, the bank said it was acceptable for some workers to work remotely two days a week. I thought Bank of America was trying hard to bring back its full-time employees. Are they giving up now?

Mecie: It kinda looks like they’re waving the white flag on this issue. Bank of America CEO Brian Moynihan had been very consistent in saying, “We’re a work-from-work company. We want our people back in the office.”

But I think it’s really a nod to the reality that a lot of people don’t want to come back to the office full time and that with the job market as tight as it is, workers have a lot of options.

So this memo from the bank said, you know, workers in certain roles who don’t need to be in the office, they don’t really need to come into the office more than three days a week if they don’t want to.

Terri: I want to end this week on the Caribbean. It’s obviously a long way from Charlotte, but you report that a developer is trying to bring some of it to Lake Norman. How?

Mecie: Yeah. The developer told Cornelius Today that they want to build a Crystal Lagoon in Huntersville. He says he has 270 acres under contract – plans to start the rezoning process on those very soon. Says it’s an eco-friendly way to create clear water, white sand beaches and water sports out of the sand for a road.

So I guess the thought is, Marshall, you know, why go to the islands when you can go to Huntersville?