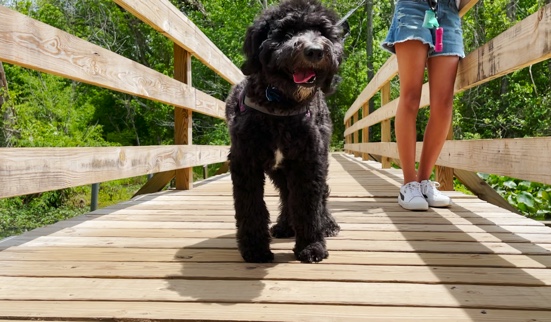 Last June, reserve officials made the decision to ban dogs from some of their hiking trails and viewing areas after visitors expressed concerns about the number of rampant dog attacks, dog droppings on the trails and the general well-being of wildlife in the reserve.

“If Congaree National Park, Paris Mountain State Park, Jocassee Gorge Management Area, and hundreds of other public hiking areas in South Carolina can protect wildlife without banning dogs, our reserve can, too, “officials said in a statement.

Reserve officials said it has proven to be a difficult task to patrol the entire reserve to enforce restrictions resulting in widespread disregard of policy.

Some loyal followers of the reserve have stopped using the trail altogether due to the dog policy.

This change has been praised by dog ​​owners who believe it is up to owners to teach their dogs obedience.

“I think it’s great that they are allowed to come back to the trails. I don’t think just because one person makes a mistake doesn’t mean they should make everyone pay for it. Most dogs are on a leash and behave well, ”said Amy Collins, dog owner.